What's In My Portfolio: Bryan Koh

In 2010, I launched Chalk Farm, which specializes in cakes that are bold, wholesome though sophisticated. We have become well-known for both our Western offerings, such as the Red Velvet and Salted Caramel cakes, and local favorites, such as the kueh sarlat and koswee.

I was the only baker when we started. The business was entirely online until we opened our first outlet at Paragon in 2013. Our second outlet, at Parkway Parade, opened in 2014.

Besides operating a food & beverage establishment, I write and publish as well, my interest being the study of food in its context – in particular Asian cuisines. I have written three books. The first was on Filipino cuisine, "Milk Pigs & Violet Gold" (2014), which won the Best Food Book at the 2014 National Book Awards in Manila.

The second was about Burmese food, "0451 Mornings are for Mont Hin Gar" (2015), which clinched third place in the Best Asian Food Book category at the 2016 World Gourmand Cookbook Awards.

The third book, discussing the food of the east coast of Peninsular Malaysia, is called "Bekwoh" (2018).

These publications led to invitations to give talks. An especially memorable one was at the Asian Food Exchange in Manila in 2018, where I discussed foreign attitudes to Filipino food and eating culture. I also conducted several private dining events, the most recent being part of the Asian Masters Series in 2019.

I hope to hold more dinners this year. It is nice to be able to interact with readers and people curious about foods less known, especially when I work in relative isolation where books are concerned.

The only two souls with whom I have to correspond are my editor and artist, with whom I collaborate for the cover art. Everything else, from location photography to art direction, I do myself. A new edition of the Philippine book should emerge in July. I am involved in a book on the Peranakan foods of Southeast Asia, to be released at the end of this year. I am also publishing another on Bornean cuisine, and it should be out in early 2021. 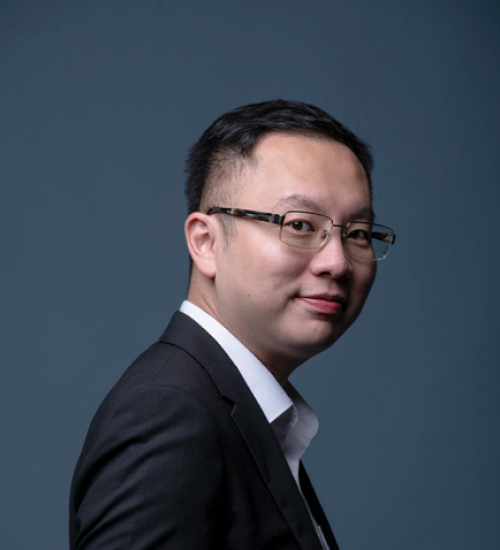 What's In My Portfolio: Wilson Ang

Wilson Ang is the Managing Director of LABMED

What's In My Portfolio: Franklin Tang

Franklin Tang is the Founder and CEO of Habitap What's In My Portfolio: Vijay Pillai

Vijay Pillai is the CEO of Caerus Holding

What's In My Portfolio: Graham Pullen

What's In My Portfolio: Bryan Koh