Diego Molina and Maria Arango are household names in the residential architecture industry in Singapore. The husband-and-wife team is known for designing homes with strong tectonic and material clarity that responds sensitively to the tropical climate. Meeting as friends in Colombia where they studied architecture, they worked on nondescript government projects for a few years until a friend and architect Antonio Eraso, who was based in Singapore, lured them to this island. They began with a stint at architecture firm ONG&ONG where they stayed for 20 years until they made the leap and opened their own studio, ArMo, in August 2021.

“Initially, it was for two years, then we kept extending our stay. We love Singapore and became Singaporeans seven years ago,” says Molina. Within ONG&ONG, the duo helmed a studio focused on designing single-family dwellings. Many of their work have become recognized, such as M-House whose single-loaded first storey opens on both sides to landscaping and the Faber House – a precise rectangular volume wrapped with a dark perforated metal mesh screen floating atop a glass box.

The couple states that many of their ideas are reflective of their background. Colombia shares a similar tropical climate that its vernacular architecture responds to. “The concept of tropical architecture [that takes into account passive] ventilation, overhangs, natural materials like stone, concrete and wood is something we have been incorporating since we started designing houses,” says Arango. An internship in Palma de Mallorca imprinted in her mind a similar way of living. “Instead of overhangs, they tend to have trellises and very thick walls with windows set slightly inside because of the summer heat. These things are eventually reflected in our designs.”

(Related: Scale, humanity, and a sense of place)

While Molina is more attuned towards the aesthetics of a design, Arango is militant on functionality. “If a house does not work, it does not make sense to build it,” she laughs. Yet, the two are not independent of each other. “Typically, the way we approach a project is first to react to the context, for example, taking into account the great views, and working very closely with the owner on what they want to achieve – not necessarily what image of a house they want but what spaces they require, the family dynamics and how they want to live – then we can plan the spaces and how to enhance experiences such as living tropically without air-conditioning, erasing that boundary between interior and exterior, sustainable strategies like rainwater harvesting tanks and solar panels, etc.,” enumerates Arango. There is no copy-and-paste solution in Molina and Arango’s approach to design. “It depends on the client. Every house is different. We think the best project is the next project,” says Molina. In each project, they labour to see how homeowners’ experiences can be made better. For example, in a house designed for ArMo currently under construction, a dramatic sense of arrival is created with a bold volume extended over the garage. In another, a screened façade connects the interiors to a park across the house.

While typical projects for homeowners tend to be less open to pushing the envelope, there can be surprises. In 55BR designed for their previous firm, the couple designed a canopy over a courtyard, secretly thinking it would feel better without one. Surprisingly the client asked not to build it. We asked, ‘what if you want a cup of tea and it’s raining?’ She said, ‘It’s okay, just use the umbrella,” muses Arango.

(Related: The dish on design)

In 67EH designed for ONG&ONG, Diego and Maria curated the furniture and cabinetry from Space Furniture to create a contemporary feel within a shophouse

The joy that Molina and Arango have for designing homes is palpable. “It’s kind of a passion that finds its way to you and you find your way to it. I started doing an MRT station and condominiums with a house on the side. The attention I put into the house which was a minor project was greater than the others because it excited me more. And then we started getting plenty of [commissions for houses]. That was when we decided to [specialize in them],” recalls Arango.

Depending on the budget, the couple often help homeowners select the interior furnishing as well, believing that a good interior completes the experience of the architecture. In 67EH done under ONG&ONG, 95 per cent of the furnishing was sourced from Space Furniture, down to the wardrobes and kitchen from high-end Italian systems brand Poliform. While the couple still maintain a good relationship and actively collaborates with their former team, they are keen to embark on a new path with ArMo. Their new workplace is one of a trio of creative companies within a new co-working office called ThirdSpace. “The concept is not just for us to share office spaces but also to share experiences and collaborate,” explains Arango. Events such as web seminars to bring experts on different fields to a round table are in the works. Despite the challenges of starting out on their own after having the support of a larger entity for many years, there are no regrets. Says Arango, “I would recommend it to anyone who is willing because it’s very fulfilling to see that you can do it.” In Artifactt’s new brick-and-mortar shop, one can feel and enjoy the beauty and workmanship of a curated range of tableware and kitchenware sourced from around… 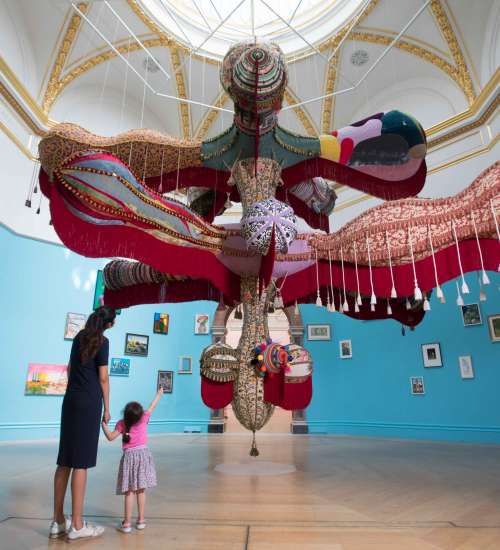 The Color of Joy

The Color of Joy The latest Namiki Maki-e fountain pen takes inspiration from the African elephant – the largest land mammals on the planet.