Louis Poulsen has remained through the decades a singular purveyor of lighting that has come to symbolize timeless Scandinavian design. This year, with the 60th anniversary of three of its most iconic lamps – the Artichoke, the PH 5, and the Snowball – the Danish company demonstrates how its mission to “design to shape light” has remained relevant in the face of change.

The Louis Poulsen design ethos rests on the Scandinavian design tradition of form following function. No element in any of its finished product is superfluous; each component supports a function, each detail a purpose. This has turned Louis Poulsen lamps into classics. One can argue that trends will pass but the need for intelligently calibrated light will remain. Hence, unabated demand for the Artichoke, the PH 5, and the Snowball, since their individual launches 60 years ago, have secured for Louis Poulsen its status as purveyor of design lighting. But it is a position that Louis Poulsen would never take lightly. Through the years of existence – or perhaps since 1924 when it decided to collaborate on lighting design projects with Poul Henningsen – it would continually develop new lamps with established and emerging designers, while at the same time reviewing past productions and adjusting them to modern requirements. New technologies, new consumer behaviour, new standard of living—these have informed the Louis Poulsen output, and in this way, it has not strayed from what the market needed or wished they could have.

“The function and design of our products are tailored to reflect and support the rhythm of natural light,” explains Mr. Rasmus Markholt, Product and Design Director at Louis Poulsen. From the time the company began selling lamps it has pursued the simple yet complex task of “shaping light”.

Not To Be Missed

On the surface Denmark’s annual design event, 3daysofdesign, seemed like a haphazard proposition. After all, how do you celebrate a tremendous global force like Danish design – let’s not even talk about Scandinavian here – within three short days? But in May, as guests of Louis Poulsen, members of the international media flew out to Copenhagen to do just that – get reacquainted with Danish design and its global influence through the creative outputs of some of its leading proponents.

Organized in downtown Copenhagen, at venues that are mostly within walking distance from each other, the three-day event showcased the style, trends and products that can only come out of Danish culture, with form that followed function being its core philosophy. The event also highlighted a design culture that was supported by close and robust collaborations between local designers, one that has penetrated deeply into the fiber of everyday Danish life. 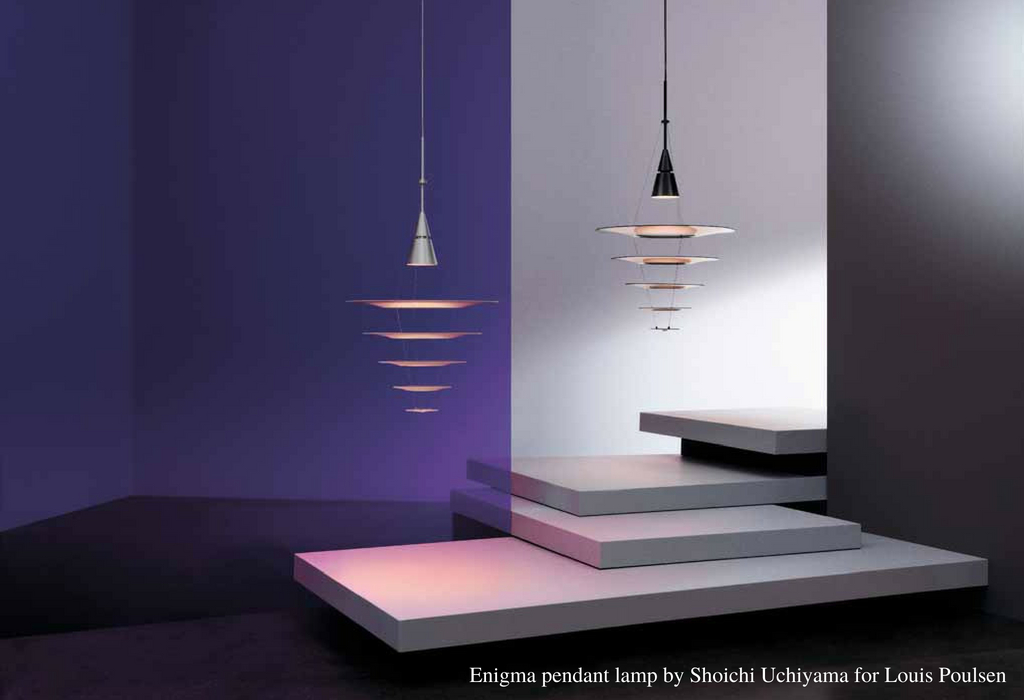 Accordingly, Designmuseum Denmark hosted a panel discussion on Sustainability in Design, while Danishdesignmakers paid a Danish “tribute to everyday life”. Montana had lounge parties at its newly decorated showroom; others flew in designers for meet-and-greets, talks, workshops and parties. Several showrooms were especially decked out for the celebration, with some trotting out pieces from their archives – as if we needed further proof that Danish influence on global design has been around since the early parts of the previous millenium.

For its part, Louis Poulsen mounted an elaborate exhibition in its showroom on Gammel Strand 28 in Copenhagen. The full array of its output, from the latest permutations of its iconic lamps to the new designs that have resulted from more recent collaborations with renowned designers, filled every corner of the showroom. A highlight of the exhibition were three workstations where craftsmen from the Louis Poulsen workshop in Vejen demonstrated the assembly of the PH 5, Snowball and Artichoke lamps. 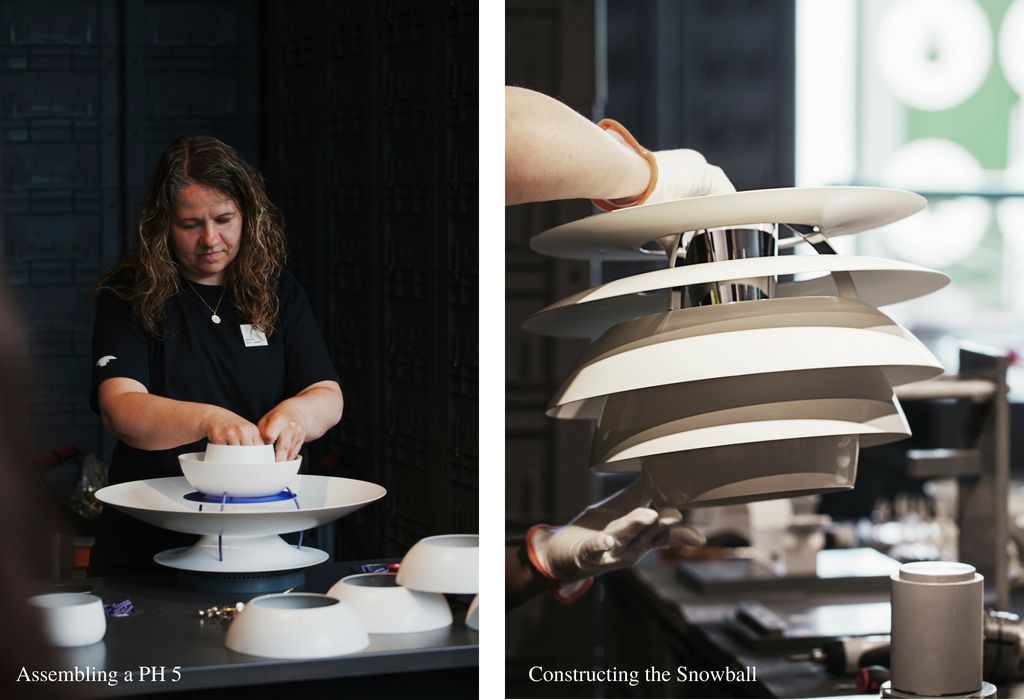 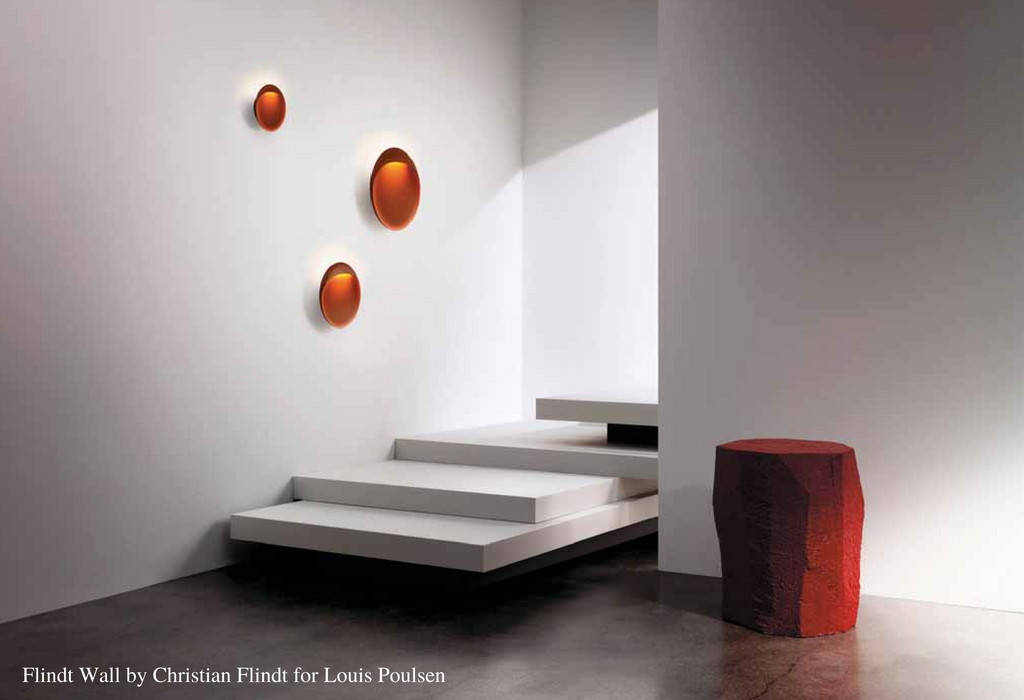 Louis Poulsen flourished alongside the development and widespread use of electricity. With the successive openings of electric power stations in Denmark, first in Odense in 1891 and in Copenhagen a year later, its founder launched a business selling tools and electrical supply. By the turn of the century, as electric consumption in industrial and agricultural sectors rose, the company was making a turnover in excess of five million kroner.

But it wasn’t until the 1920s when the company began pursuing a different if related direction – the manufacture and selling of lamps. Collaborating with designer Poul Henningsen on an entry to the prestigious Paris Exposition in 1924 – and emerging as a winner – set it on a path where it finds itself today. Collaboration with Henningsen continued in the following years, and in the late 1920s, Louis Poulsen began distributing Henningsen’s lamps through agents across Europe, North and South America, Africa and Asia. A pioneering global footprint was laid out.

The Man Behind The Initial 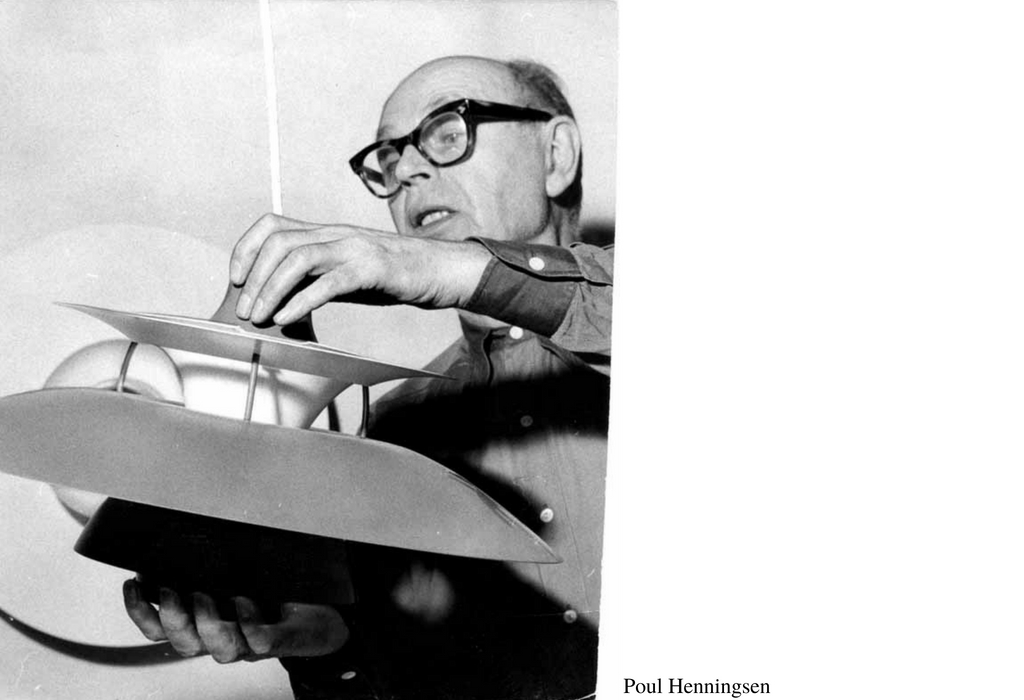 Six decades have passed since Louis Poulsen launched Poul Henningsen’s PH 5, a piece designed expressly to provide good light rather than be a mere beautiful lamp.

Henningsen used three shades on that particular piece in order to angle, reflect and deflect light towards the right direction while eliminating glare and the sight of the incandescent filament. The result is a lamp that illuminates a space with correct intensity while bathing its surroundings with a pleasant, warm glow.

Henningsen's pioneering work on the relations between light structures, shadows, glare, and color reproduction remains the foundation of the lighting theories still in practice at Louis Poulsen. 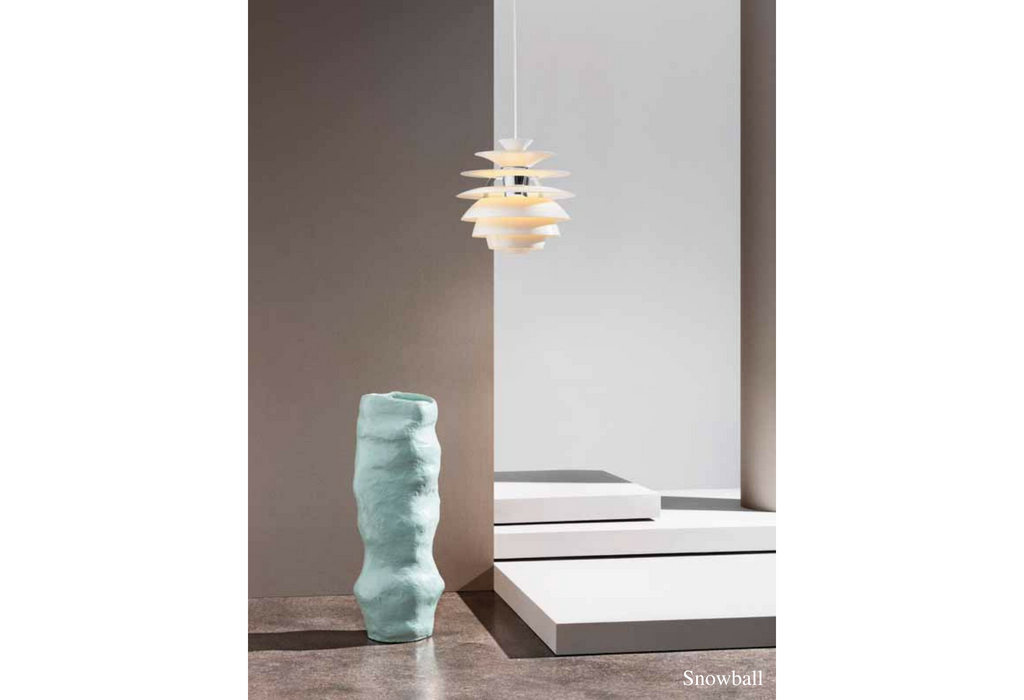 1911-14
Poul Henningsen studied at The Technical School at Frederiksberg, Denmark

1925
Henningsen's lamps win a gold medal at the exhibition

1926
Louis Poulsen and Henningsen were awarded a contract to provide lighting – the PH luminaire with three shades – for the newly constructed Forum building in Copenhagen.

The importance of the 1924 collaboration between Louis Poulsen and Poul Henningsen lies in the foundation of a lighting philosophy that remains in force to this day at the company: Design to shape light. Its focus is on the way illumination is controlled and directed – an iteration of the principle of form following function. The design of the lamp or apparatus gives way to what it intends to do with light.

Nevertheless, this vision of designing light has yielded stunning objects that often seem to override what they were supposed to deliver. Without the light, they remain cool, space-defining collectible objects with beautiful sculptural outlook. From Artichoke to Enigma, from indoor lamps to outdoor lighting, Louis Poulsen has amassed collections for various spaces including residential, institutional and public. 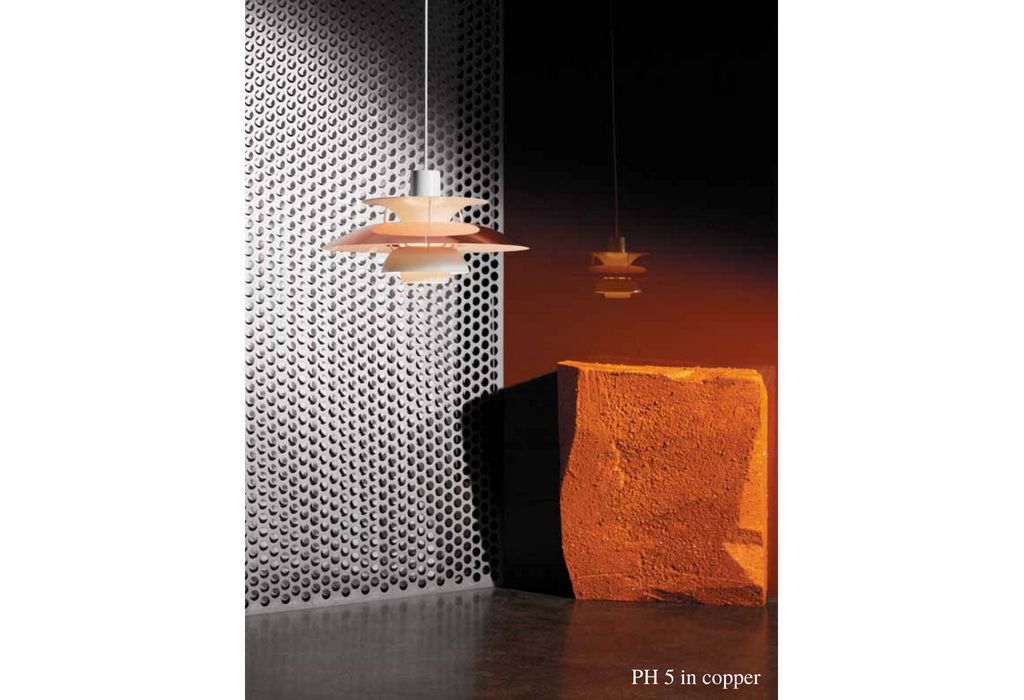 Through the years, Louis Poulsen would continue to mine close partnerships with designers, architects and other talents. To date, besides Henningsen, the roster includes Scandinavian design giants Arne Jacobsen and Verner Panton, as well as contemporary masters Øivind Slaatto, Alfred Homann, Clara von Zweigbergk, Oki Sato, Louise Campbell, and Christian Flindt, to name a few. Its export footprint of over 50 countries worldwide, foreshadowed by Louis Poulsen’s revolutionary attempt in the 1920s to reach out to different markets, ensures continued international relevance.

Last month, the acquisition of Louis Poulsen by an investment subsidiary of Investindustrial was made public. The transaction, financial details of which were not disclosed, is expected to be finalized in the third quarter of this year. Investindustrial is invested in a number of design companies that it has acquired in succession, beginning with Flos in 2014, B&B Italia in 2015, Arclinea in 2016, and Oka last year.

Indeed, the quest to design to shape light looks set to go on. 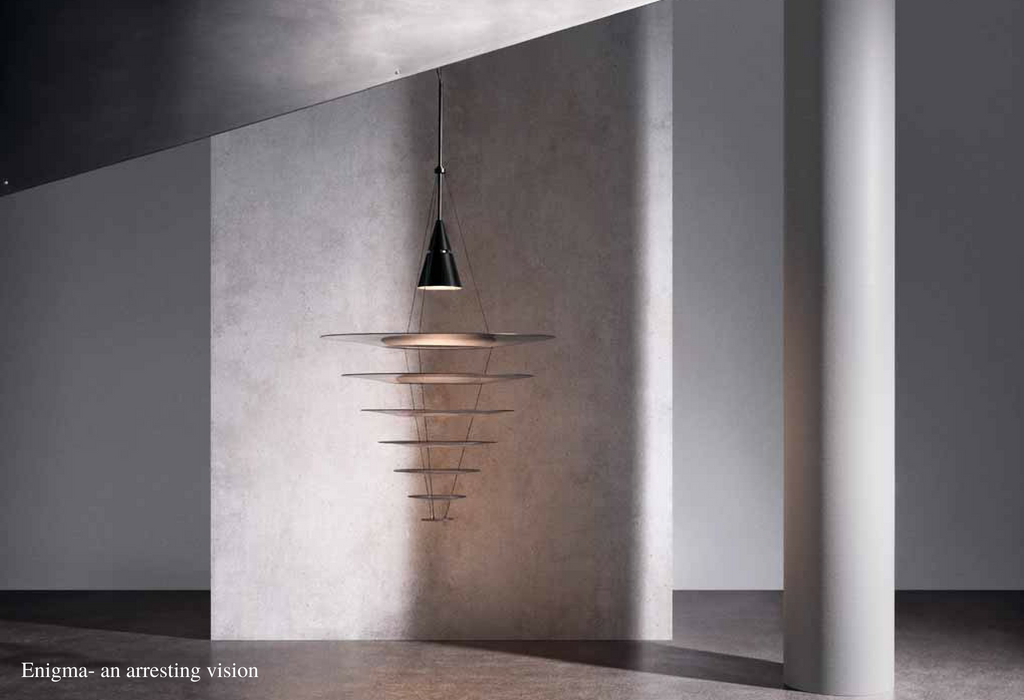 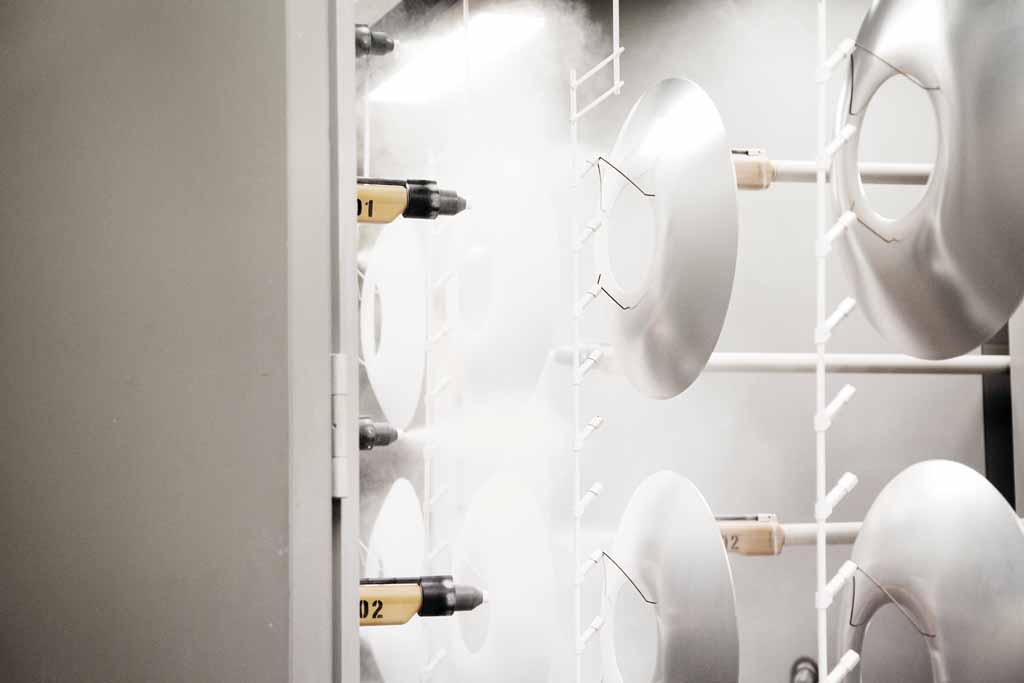 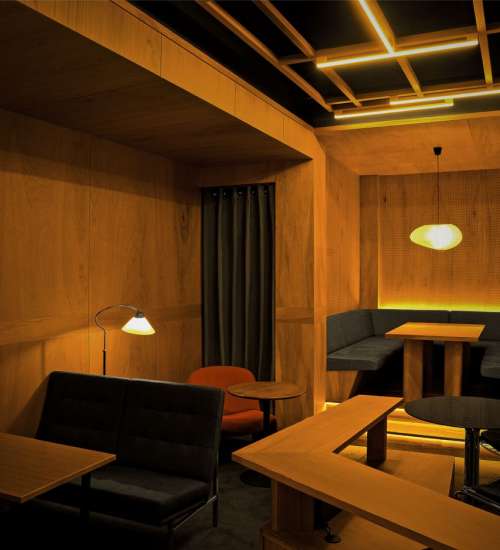 In Live Twice’s filmic and vintage atmosphere concocted by Hui Designs, one becomes a willing accomplice to the nuanced tableau of social and gastronomic tête-à-tête.