“Gaming is always a sort of frontier – the performance demands are extreme and the users are vocal about what they want. It is tough yet exciting, and the good stuff that gets invented for gamers eventually cascades to the mainstream, benefiting all users,” explains Khoo Hung Chuan, cluster general manager of Lenovo Singapore and Malaysia.

Lenovo is renowned for producing fast PCs that perform well – the Y series of laptops and desktops. Comprising an ideal machine for gamers, there is nothing that could be a better match.

“We have been engaging the gaming community for years, getting their feedback to build our products,” Khoo points out. Lenovo actively engages with this highly motivated community to find out their needs, and this helps us create features that are more user-friendly and desired.

“Just like how a Roman army was a force to be reckoned with, we believe our growing gaming community is also a force like no other, driving us to continuously innovate with them, around their needs and preferences. The products that were designed with their user input should also deserve a dedicated sub-brand, hence Lenovo Legion.”

Citing a PwC report that the gaming industry is slated to grow nearly 5 per cent annually through 2020, Khoo believes that their growing gaming community deserves a dedicated sub-brand that reflects their passion for gaming.

Enter the Lenovo Legion Series, which is designed for mainstream to hardcore PC gamers who want to hone their gaming capabilities, and demand powerful performance and immersive experiences to match.

An arena may be crowded but there’s always room for good players. Lenovo is invested in the idea of equipping gamers with machines that make them perform better. “We believe our users deserve a new gaming badge from Lenovo that boldly reflects their passion and our dedication to innovating powerful gaming PCs with them,” Khoo claims. “We are committed to continuous improvement – there is no ‘best’ as we are always pushing the boundaries to redefine the highest standards, and we believe that being different is better.

“If you consider our Lenovo Y series heritage, in a sense, we have never left! We just created more platforms and ways to for gamers in Asia to compete among the best,” Khoo elaborates.

Building an ecosystem is an important, long term goal, and Lenovo has forged key partnerships with major MMORPG and MOBA games. Across Asia, Lenovo partnered with Garena and Intel to bring ‘League of Champions’ for fans and players of the League of Legends game.

In Malaysia, it partnered with Microsoft to support ESL One Genting, a Dota 2 tournament. “Most recently, we had a joint initiative with Resident Evil to mark the premiere of the latest movie, Resident Evil: The Final Chapter in Singapore. Resident Evil is the world’s most successful game-turned-movie franchise.”

Khoo reveals that their USP is what he calls ‘customer centricity’. “We listen to our community. We find out what they want, and we create it, with a little bit of extra.” This longstanding focus on customer-centric innovations has earned for Lenovo over 60 accolades in this year’s Consumer Electronics Show (CES) in Las Vegas.

The gaming industry is on a growth trajectory, with eSports slated to reach revenues of US$465 million in 2017, and up to 145 million eSports enthusiasts globally by the same year. “We make sure there is something for everyone: Our Legion laptops cater to different sets of gamers, while our top-specced laptop, the Lenovo Legion Y720, is a powerful, VR-ready laptop with immersive visual and audio features.

“Our Legion Y520 laptop caters to the mainstream audience, offering on-the-go gamers easy portability with the latest features. Both models are among the first to feature built-in Dolby Atmos surround sound,” beams Khoo.

The brand’s list of innovations does not stop at gaming and its enlarging community. “As the only major technology brand with innovations from smartphone to PC and data center, our vision across all three growth engines is: We don’t only want to be Number One—we want to transform user experiences and excite the market,” claims Khoo.

And for the last few years, Lenovo has been the only player that introduced new form factors, e.g. Yoga Book, Yoga Tablet, Mods for Moto phones, with focus that goes beyond devices to the full end-to-end experience.

“For example, we did not only launch the first Tango-enabled smartphone; we also worked with partners to launch Into the Wild, a free permanent exhibition at the Singapore ArtScience Museum, using Virtual Reality and Augmented Reality (VR/AR) elements. It is available until 2018, I encourage you to go visit.”

By constantly developing ideas that spill beyond devices to applying technology that creates and enhances user experiences, Lenovo looks game for victory.

How do you view your role in Lenovo and in this (gaming) undertaking?
As Cluster General Manager of Lenovo Singapore and Malaysia, I oversee the retail and distribution of consumer products, enterprise PC sales, as well as our data centre business.

As gaming is a big focus for us, my role entails thorough study of the industry landscape, to direct our investments and engagement here.

What inspires you about your work?
What inspires me each day is meeting the expectations of the end-user—
to thrill, excite and inspire them with devices that deliver our vision. 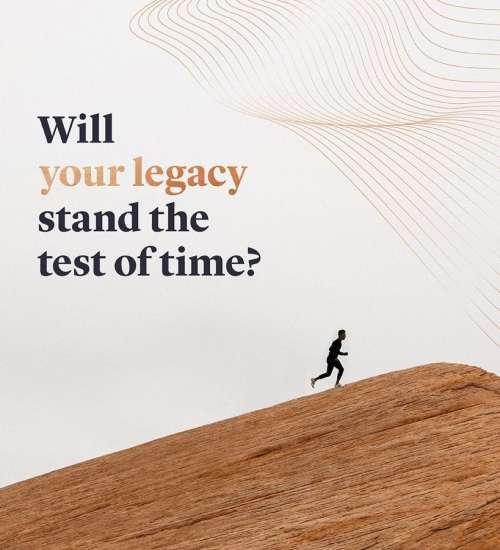 Crafting A Resilient Legacy: What You Should Know

Plan a legacy that supports your long-term wealth preservation objectives

How To Craft A Lasting Legacy

How To Craft A Lasting…

With Opus by Prudential’s unrivalled expertise and offerings, they are able to guide their high net worth customers into crafting a long-lasting legacy.

Local brands are making a promising comeback in domestic markets, fuelled by their accessibility, and a touch of nostalgia and national pride.

Several homegrown companies in Singapore seize business opportunities that are surprisingly growing from a cracked economy.