Alfred Sim, co-founder of Exergame4D, takes virtual technology to the next level with the introduction of a new exercise-gaming platform in Singapore.

Somewhere in the basement of the YMCA building is the possible answer to the future of fitness, in the form of a new exercise-gaming technology that’s making waves in South Korea. Dubbed Exergame4D (a portmanteau of “exercise” and “game”), the Korean-founded technological development has now made its first expansion into Singapore, through KILSA Global, a Singapore-headquartered agency that brings in Korean businesses to the local market.

Exergame4D was on the hunt for a strategic partner to introduce the program to the region and Alfred Sim agreed to head the Singapore office. “I didn’t think about whether it would work, but I wouldn’t call it a gamble,” said Sim, co-founder of Exergame4D Singapore. “I truly believe that this is the future in fitness. We already have community fitness formats like what Body Fit Training (BFT) and F45 are doing, except we’ve ‘gamified’ the fitness systems using technology.”

The Exergame4D studio is operated by Ascend Fitness gym that’s also home to a spinning studio and a fully equipped gym, whereas next door, Exergame4D’s space is devoid of furnishing, save for a wall-mounted screen and overhead projectors. The whole program is dependent on a standing kiosk that Sim operates on a digital screen. It’s designed with over 70 programs that’s styled after high intensity interval training. Sim demonstrates the activation by selecting a cardio-intensive program with a simple tap of his finger and immediately, the dark room is ablaze with laser lights, heart-thumping music, and virtual mats that light up the floor. Each class can take up to 10 participants, whose assigned spaces come with instructions to jump on “start” and commence the exercise. Each program is time-activated and dictates your next exercise, the number of calories burnt, and the number of reps you’ve completed by registering your physical motions in the given space. At the end of the class, each member’s performance data is saved to the cloud that syncs with the accompanying app. “There’s a lot more that these machines can do,” said Sim. “The potential is huge. It integrates mapping, graphics, produces sound effects, registers motion sensors, and a lot more, so with all that, they can come up with any program they want — we’re talking yoga to kids’ programs.” Since its introduction in March this year, the company has rolled out its full operations, but is still heavily focused in the marketing stage. “Initially, I was very worried about the number of signups we’ll get,” Sim said. “My role focuses on business development and marketing, so I was furiously getting the branding out, such as working with merchants like Lazada, where such platforms allow you to sell and market at the same time.”

(Related: Ahead of the curve) In designing Exergame4D, the execution is carried out by a Korean sports university to create the programs. “We don’t exactly have a hand in how the programs are designed, considering this release is the pilot program in Singapore,” admits Sim. “I am exploring a YMCA-exclusive program to which they are agreeable to. In that way, we can customize it to the level of general fitness for new clients. Naturally, I am also mapping out possible expansions, so another idea I have is to host competitions between the branches. The more Exergame installations there are, the more data we can harness.”

Sim speaks carefully, but with quiet conviction, thus he immediately wouldn’t strike you as someone who is fiercely emulous. “I am very competitive,” he answers confidently and gleefully. “I love competitions. It’s a test of being the best, perhaps even besting yourself.” Sim was a competitive national runner in his youth, who began proper training at 18 years old, an age that he explains was very late into the game. “I had no exposure to running when I was younger,” he said. “As a child, I was never involved in any track and field sport, so it was only later that I had to learn the fundamentals of proper running techniques.” Sim represented Team Singapore at various regional and continental competitions in the 2000s. He then turned his focus to coaching, once serving as the Head Coach for the National Youth and Junior Development Athletics Teams. Under his charge, he has led notable athletes like Olympian Calvin Kang who broke records and surpassed performances to qualify for the Beijing Olympics in 2008 and the 2010 Asian Games.

Yet running is not the only stage Sim enjoys starring in. He’s the titular winner of Project Superstar’s third season, a singing talent search competition that last aired in 2014. While his position in the entertainment industry has transformed his profile into a more public figure, it’s an area that he doesn’t expand on much unless prompted, allowing our conversation to focus on his new undertaking as a business owner — a challenge that excites him. “As a coach, I believe in creating good relationships with my athletes,” he said. “Now in my managerial role, I aspire to create something similar. When I connect with other business owners, the first thing I notice is their humility. I learned that what’s more admirable is to come from a bottom-up approach. I let the ground staff decide on certain things and when it’s appropriate, I communicate my decisions. What I'm practicing right now is being open to suggestions and listening more. It’s very different from being a sprint coach where one would come in and give ultimate directives.”

Virtual fitness classes are not a new thing. The fitness industry has adapted quickly to this when the pandemic hit by turning to video communication platforms like Zoom to continue their live demonstrations. In the name of the future of fitness, why then should people still be physically present instead of following an instructional fitness video at home?

“First of all, it’s awkward doing these things alone,” said Sim. “In sports and fitness, there’s progression in your physical self, motivation from your peers, and cause for celebration. Sure, there’s a pressure to keep up, but there’s a sense of unity when doing the program together. It’s similar to the “if I can do it, so can you” mentality.” 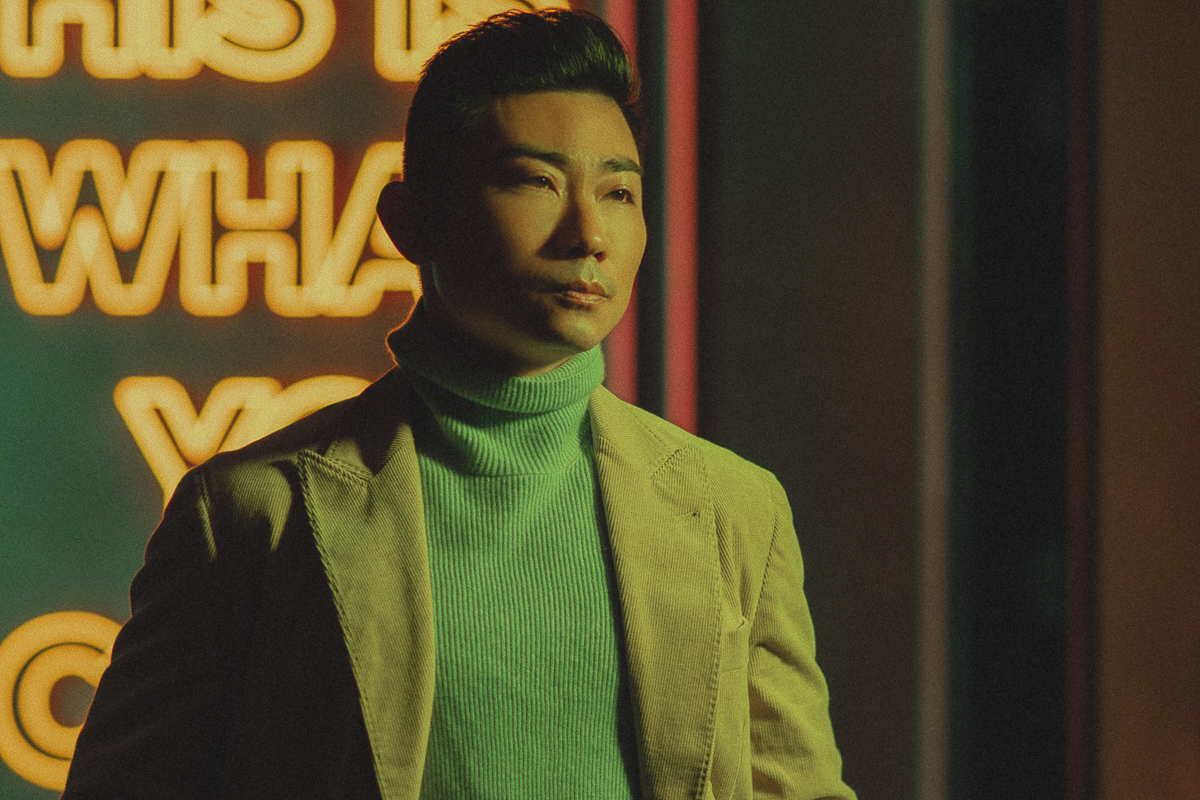 “I love competitions. It’s a test of being the best, perhaps even besting yourself.”

Try as we might to force AI-led innovations at the forefront of such businesses, there’s no escaping the role of the people. For Exergame4D to work, there is an important need for community participation. Sim agreed that we can never be truly all virtual. “The classes are only as good as the instructor gets,” he said. “Engagement and observations from the instructor are important. Because it looks like a game, many people underestimate the level of the program’s intensity. But it’s fun, you get fit, and you get to set high scores.” Ahead of the Curve

Ahead of the Curve

With new venture V3 Gourmet, Ron Sim and Taha Bouqdib are leveraging experiences of the past to propel the company and its brands – TWG Tea and Bacha Coffee –…

From cellar master to burgeoning saké purist, Richard Geoffroy, former chef de cave at Dom Pérignon, is on a mission to create the purest Japanese rice wine in…

A Meal With... Alvin Tan, Deputy CEO, National Heritage Board

In our debut episode of "A Meal With...", Editor-in-Chief Marc Almagro sits down with Alvin Tan, Deputy CEO of the National Heritage Board, to discuss the commemoration…