Penang's new luxury hotel is decked out in magical illusions

I was transported to cinematic wonderland when I saw The Prestige. A newly built luxury hotel in Penang, Malaysia, it conceals its age and origin cleverly with an imaginary pedigree.

Its visual connection to films is strong and immediately evident. First, there is an element of A Death in Venice in the long façade that is reminiscent of the Grand Hotel des Bains where the Luchino Visconti film was shot. There are also elements of the Guy Green oeuvre, Once Is Not Enough, in the guest rooms, as well as those of the beloved visual extravaganza, Wes Anderson’s The Grand Budapest Hotel.

In fact, Mr. Colin Seah, director of Ministry of Design (MOD), took inspiration from another film, Christopher Nolan’s The Prestige, for this project. A film about dueling illusionists, The Prestige was set in Edwardian England at the tail end of the Victorian era. Mr. Seah wisely avoided adapting the film’s gaslit sets; he merely skimmed the idea of creating an atmosphere with an illusionist’s tools of smoke and mirrors.

MOD must know that transcribing the look of a film for an architectural project often ends up as an easy trick, so they elevated the inspirations drawn from the film to an overarching contemporary Victoriana expressed as recurring elements and gestures in various parts of the hotel. MOD was commissioned to design the interiors and landscape, execute and install art, holistic brand strategy that extended to designing signages and graphics. 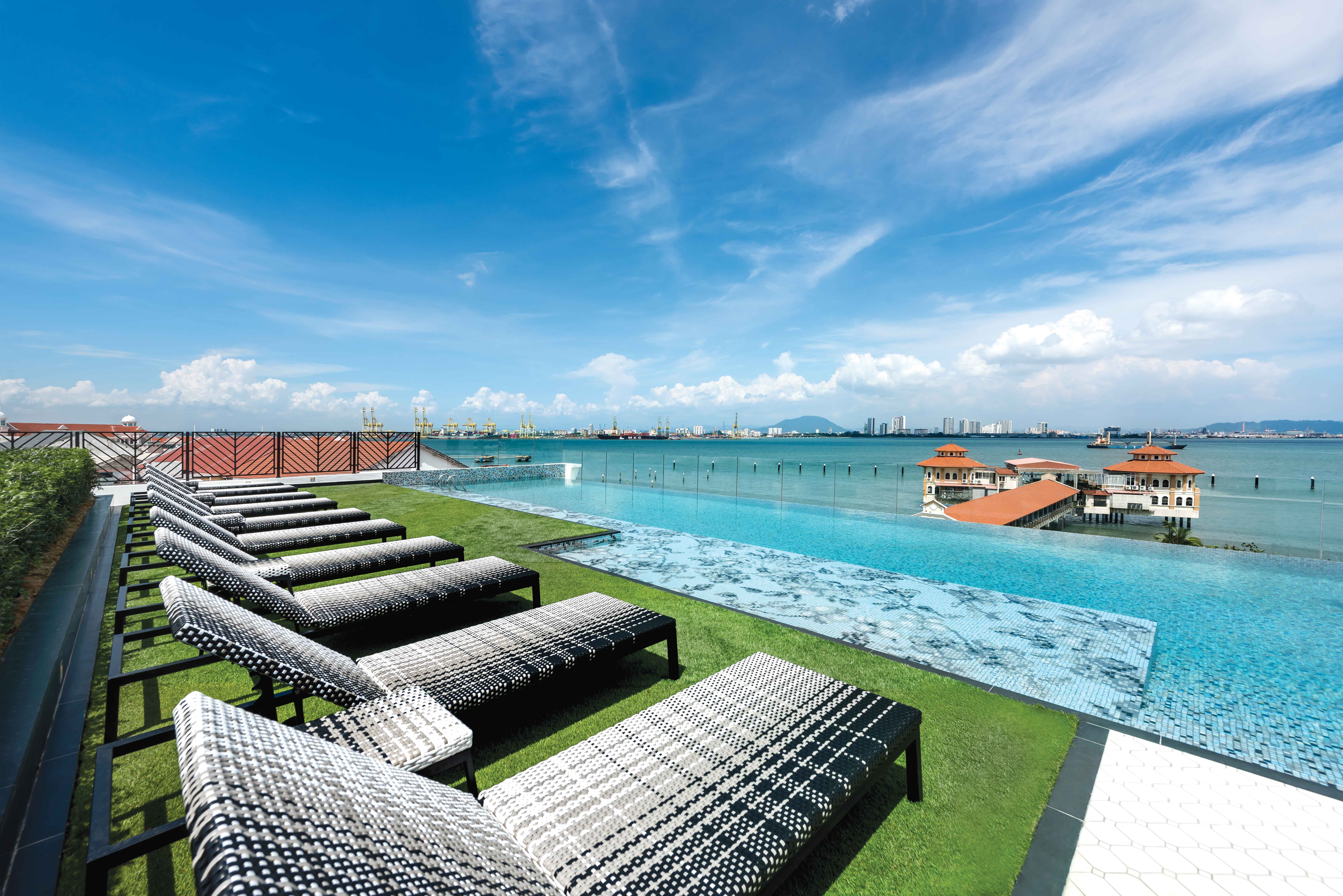 Smoke and mirrors have earned notoriety through the years, and the expression is often used disparagingly to mean deception and trickery to cover up the truth. Nothing can be farther from what MOD, working closely with the owner of the property, has achieved here.

There might have been an attempt at a cover-up – the hotel was designed to appear like it has been there for some time – but even that was a benign decision. Smoke and mirror, as far as The Prestige is concerned, are employed to delight, not confuse. A very long corridor, for example, is portioned into light and dark segments that break up monotony. New builds are a challenging proposition in places like Penang’s Georgetown, a UNESCO Heritage site covered by stringent building codes. The guidelines are perhaps the easiest to comply with, but the unspoken requirement to somehow blend in with rows upon rows of stunning period architecture, is very difficult.

Building guidelines are at least unequivocal while context is, at best, implied. But Ministry of Design took on the challenge by going against the text. Elements from the Victorian era are assembled in both public and private space, but applied in surprising, delightful manner. The needs of an Edwardian traveler are different from the expectations of a modern-day tourist, yet they somehow meet at the junction of invention and adventure, and this is where The Prestige gets interesting. The Victorian era (1837-1901), known for the Industrial Revolution that radicalized travel and communication (trains, telegraph and telephone were invented during this period), satisfied the Empire’s appetite for collecting oddities.

The Great Exhibition in 1851, for instance, transported shiploads of inventions and curiosities to the Crystal Palace in London, among them exotic plants and animals from the tropics. Most of them found their way into The Glasshouse restaurant and arcade, a modern version of the English conservatory, where potted palmettos disappear into latticework, printed walls and upholstery. Recognizable elements are reinterpreted in fresh ways throughout the hotel. Floor patterns, for example, are reworked into unfamiliar, hypnotic designs.

This is used on ground floor to connect the drop-off and reception areas to the commercial arcade. Even the reception desk appears to be supported by spheres, a popular shape in an era obsessed still with circumnavigation and stargazing. 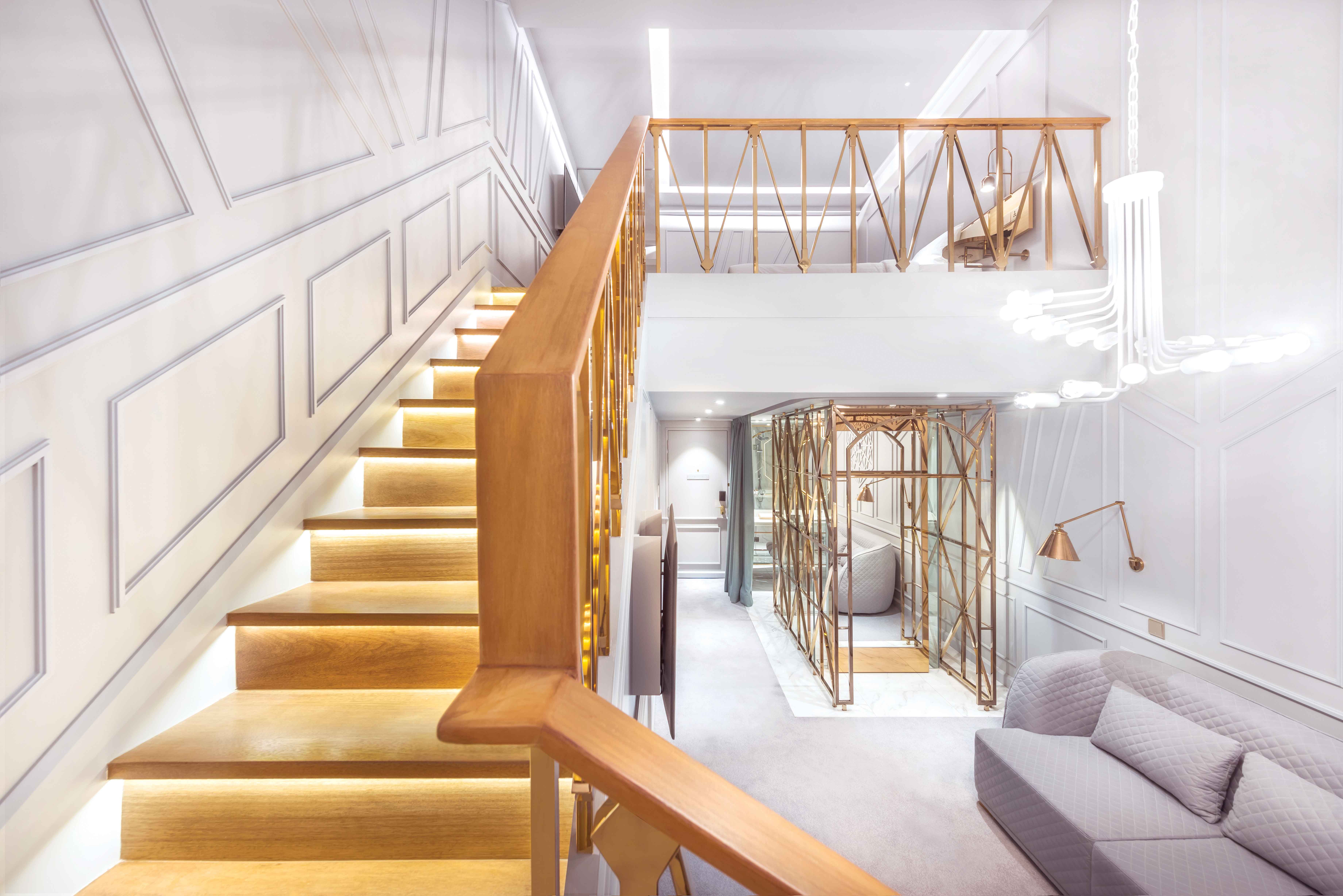 In the guestrooms, wainscoting and beaded moldings lose their right angles – again, an illusion that animates the otherwise bare walls. Toilets and pantries disappear behind secret passages, like the trapdoors that help the magician vanish into thin air.

If any guest who has no interest in Victoriana were to wander into the hotel, he will find it totally agreeable – modern and stylish yet welcoming. But if he is otherwise inclined and initiated, he will get a whiff of the Empire, of Darwin and Dickens, right at the doorstep.

Penang's New Luxury Hotel Is Decked Out In Magical Illusions