With friendly policies and multitudinous funding options, it would be no surprise to see a billion-dollar fintech corporation emerge from the Little Red Dot

Singapore is progressively garnering reputation as cradle of innovation for financial technology (fintech) startups. And new fintech ventures in Singapore are spoilt for choice. From Innovation Labs to scholarships, investors and government-funded platforms are making a beeline to attract the best talents to establish a lasting kinship. For fintech startups, Singapore has been steadily building its reputation as the next big hub. The powerful rotors were set into motion by the strong focus of the Singapore government, which has strongly backed the value of start-ups in building a ‘Smart Nation’ – a more connected, innovative and sustainable future for citizens.

It began with the announcement of a $40-million fund by the National Research Foundation in 2015 to be invested in high-tech start-ups. Infocomm Investments, an Infocomm Development Authority of Singapore (IDA) venture, runs a pre-accelerator programme, which often helps fintech, media, and technology outfits receive further support from incubators and accelerators.

Government in the Driving Seat

Singapore’s greatest selling factor over larger cities is its government’s commitment to helping start-ups thrive. The latest boost comes as Singapore’s Committee on Future Economy (CFE) identified fintech as one of seven strategic areas for Singapore’s next stage of growth.

In its recent report, the CFE states that Singapore should strive to become a global leader in fostering innovation as well as the pervasive use of fintech. The proposed initiatives are to develop Singapore as a Smart Financial Center, create opportunities for efficiency in electronic payments, and boost Singapore’s ability to finance SMEs and Asian startups, says a recent report from Crowdfund Insider.

It is no surprise that despite the recent slowdown in economic activity and investments in fintech, the island nation has emerged as a hot spot for both local and regional outfits. More than 2,400 active technology start-ups call Singapore home, according to The Global Startup Ecosystem Ranking 2015 by COMPASS. While the Singapore domestic market of 5.54 million may seem miniscule, it is located at the crossroads of larger markets like Indonesia, Malaysia and China.

Startups in the fintech ecosystem in Singapore are trying to take on the established big boys like banks and financial institutions in the field of payments and trading. The majority of startups are in this space. Blockchain: The Next Big Wave

For those looking to invest in the next big wave, blockchain is the answer. Blockchain, or distributed ledger, is the ‘engine’ behind innovations like Bitcoins. The virtual currency had taken the fintech world by storm with its mysteriously stealthy introduction in 2008. Bitcoin is a cryptocurrency and a payment system that uses a distributed ledger system to track and record that owns the bitcoin currency.

Based on the excitement around this new, secure system, many leading corporations had come together in 2015 to form the R3 company, which is now a consortium of more than 70 of the world biggest financial institutions in research and development of blockchain database usage in the financial system.

“Up until a while ago, the common perception was that blockchain was the exciting new area for innovation for banking technology and secured payments. However, things are evolving very fast and now we are moving to developing more applications around the distributed ledger technology,” explains Anson Zeall, Chairman of ACCESS, the Singapore Cryptocurrency and Blockchain Industry Association.

Speaking to Portfolio, Zeall explains that distributed ledger technology can have multiple applications in healthcare, medical technology and fintech. In his opinion, China is leading the way in the area, and has recently published a white paper on using the technology for identification management.

For the uninitiated, identity management uses distributed ledger system to determine who is transacting and who has access to transactions. “We believe that in the next five years, a lot of innovation and venture capital funding are likely to come from China in the space of using distributed ledger for various new applications,” Zeall explains.

The Singapore government is very proactive in promoting Singapore as Fintech hub and has been promoting startups in the space. “Venture Capital firms in Singapore are also slowly developing the understanding of strides in the technology and how various companies can leverage and utilize the technology for investment purposes,” says Zeall.

He believes that Singapore has a good pool of founders and startups that are very efficient in using the capital they have raised. For instance, Zeall’s company CoinPip has raised over US$1 million and is still trying to expand slowly in the region. Among his other favorite startups in the space are Attores, a company that allows secure digital signatures and certification using blockchain; and another company called Digix Global that aims to tokenize physical assets like gold and make them ‘fungible’.

Fintech start-ups in Singapore have the luxury of choice. On the government front, there is Infocomm Investment’s TAG.PASS pre-accelerator programme. It partners with accelerators such as Startupbootcamp FinTech Singapore, with specific focus areas in innovation, media and financial technology. The pre-accelerator has global offices in New York and London, helping start-ups tagged to them expand beyond Singapore’s shores.
Fintech start-ups also have the option of joining a bank’s acceleration programme, benefitting from a wealth of input from industry regulators such as the Monetary Authority of Singapore. Other notable ones on the list are Life.SREDA and TFC-PNP Programme.

For the fintech entreprenuers, the little island nation is the perfect spot to start disrupting.

Government sectors in Singapore are leading the way by actively adopting tehcnologicla innovation. Agencies such as Financial IT Academy (FITA), Infocomm Development Authority (IDA), and Cyber Security Authority (CSA) are working on experimenting with fintech to bring about a positive change in the current economic downturn. FITA is working on digital transformations using artificial intelligence, while IDA engenders placement outcomes for IT professionals in financial sectors. Not forgetting the CSA, which is in the midst of training infocomm professionals in cyber security, ensuring the fintech ecosystem flourishes. 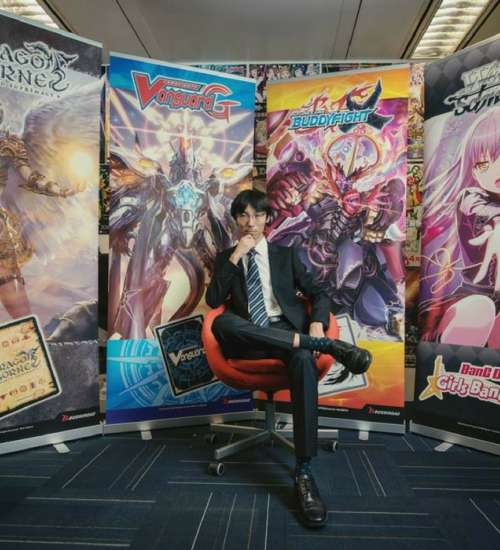