Of Art and Commitment

In a riveting video of Singaporean artist Ezzam Rahman doing one of his performance pieces accomplished ‘craftsmanship’, dynamic range, and emotional intensity are on full display. The physicality and clarity of that particular performance, underpinned by sounds provided his musician-collaborator, drive a powerful message and force everyone in the audience to watch each of his nuanced movement.

Born in 1981, Ezzam holds an MFA from the Goldsmiths, University of London, the culmination of an academic meanderings that have taken him to LASALLE College of the Arts, the University of Huddersfield, and the Nanyang Academy of Fine Arts.

Ezzam would accomplish so much in his still budding career, collecting prestigious awards and plaudits for his sculpture – for which he trained formally trained – his installations, and electrifying art performances. In 2016, the National Art Council handed him the Young Artist Award, the same year that he received the Goh Chok Tong Youth Promise Award from the Yayasan Mendaki, and a scholarship for MA Studies from his alma mater LASALLE.

A year earlier, he received the Joint Grand Prize, with Ong Kian Peng, at the President's Young Talents (PYT) from the Singapore Art Museum (SAM), as well as the People's Choice Award.

As a multi-disciplinary installation and performance artist, Ezzam has been part of numerous local and international group exhibitions, events and festivals – participating, organizing, and curating. Among his acclaimed, if controversial works, are Here’s who I am, I am what you see (2015), which comprised miniature flower sculptures made from the skin of his feet.

It was not happenstance that brought the young Ezzam to Twardzik Ching Chor Leng, an artist and art educator from the National Institue of Education (NIE), but who was then teaching part-time classes at LASALLE. “I enlisted in her classes,” recalls Ezzam. “She had just returned from Canada, and I was taken by her beautiful face. (In Canada, Leng studied ceramic arts at Alberta College of Art and Design, and obtained an MFA from the University of Regina).

“I first met Ezzam about 15 years ago when he became my student at LASALLE,” Leng remembers. “We stayed in touch afterwards—the art community in Singapore is not that big after all—but were reunited to work for an exhibition that was put together by Dr. Susie Lingam.

“My first impression of him was that he had a really big heart. He seemed genuinely interested in people; he wanted to get to know them, and be friends with them. He was the kind of person who could talk about real life and not just about work—that was among the things that brought us closer.”

Leng noted Ezzam’s boundless creativity. His range was already very wide: He did sculptures, mixed media, and performance, and was also very keen to try new materials. It was an impressively diverse practice or someone so young, she says.

Leng began mentoring Ezzam as they prepared for the exhibition. “I’m not sure if it was mentoring because I think it was more of a collaboration. The experience allowed me to view Ezzam’s process, his methods, his thinking,” Leng shares. “That was also the beginning of a deeper friendship,” she adds.

“But it was only years later that I had the opportunity to examine Ezzam’s work. I was invited by SAM to serve as mentor at the President’s Young Talents competition. We went through the applicants’ submissions and I saw Ezzam’s work there. I got excited. My task was to mentor the contestants and Ezzam was among them.”

Ezzam admired Leng from the start. “In class I created an impromptu installation piece, and she asked me what it was. That was all it took to have this very big and engaging discussion. I knew right then that I would have a long relationship with her.

“Among the things that struck me most about Leng is her innate ability to understand material. I work a lot with land and earth, although in a different direction from her, but to have someone like Leng who manifests tremendous respect for the Earth, our surroundings, and Nature is simply amazing. Singapore is a small place, but she makes it seem large by asking the big questions,” Ezzam explains.

Leng has been practicing installation art and land art for over a decade. She has exhibited her work in solo and group shows in Singapore and abroad; she has also founded Landing Space, an art group that promoted land art in Singapore. Land art is one of the conceptual art movements that traces its roots in the 1960s and 1970s. Central to land art is the use of specific sites and materials that are found in it.

Leng’s artistic explorations of the boundaries of art outside and within traditional art space has seen her installing artworks in what would be considered unconventional spaces – the neighborhood café, an office, in underground tunnels, shopping malls, disused warehouses, as well as the more traditional confines of galleries and museums. Through these, she is able to make a case for the existence of art virtually anywhere – a powerful symbol for breaking into new ground and breaking out of the old precincts. It also explores the relationship between the space and the audience.

“As Leng mentioned, she and I collaborated on a project with her husband Vincent. At that time I did not imagine that she would become my mentor. We worked really well together,” Ezzam shares.

"When I joined the President’s Young Talent competition, and with knowledge that Leng would be one of the mentors, I secretly sent an email to SAM asking that if I get in, I would like Leng to mentor me. I made it clear that I didn’t want anyone else but her.

“I just knew that she would be a perfect mentor for me. Our working relationship is perfect, and beyond that she is also a friend, a mother, a sister who will listen to me but also make sure that I’m focused on my work. Whenever my doubts got in the way, she would sit me down, ground me, and tell me, ‘Look, this is you, and this is your work. Focus and do what you can.’ She doesn’t praise me or my work. She has this inscrutable smile, but she speaks with such truth and honesty that I have learned to trust her.

“I need a second eye, especially when I have doubts about my work. Our aesthetics are very different, but as my second pair of eyes, she is able to guide me and focus on areas where I need improvement.”

Leng reads through Ezzam doubts. “He is a humble person. When he is doing a piece, he has a tendency to underestimate his abilities. I go in and point out the strong areas and encourage him to do more in that direction. I use my subjectivity to guide him along towards making better art. I also try and help him regain confidence whenever he is doubtful.

“Honestly, I find the idea and the term ‘mentoring’ too stiff and formal. I relate more to sharing of ideas. In the area of performance art, where I have no expertise, I just I express my subjective thoughts to Ezzam as a fellow artist. I feel more at ease telling him how I feel, rather than telling him what to do,” Leng says.

“Having someone like Ezzam, another person to talk to about art, or about your work, it important. Once you leave school, formal learning stops. So you need someone to discuss things and for that reason, my friendship with Ezzam has been beneficial to me. For example, I have learned a lot from him about performance art, which is among his expertise.

“The fact that we have different backgrounds helps us tremendously. Besides our friendship, we have another common ground where we can connect.” 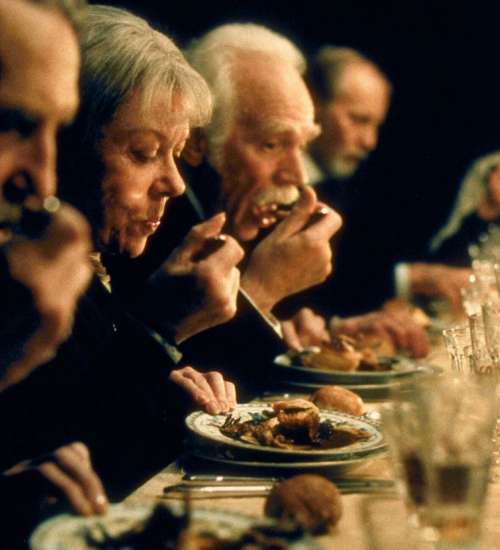 Of Art And Commitment