As PropNex celebrates 20 fruitful years in the business, Ismail Gafoor reflects on his biggest investment that catapulted and cemented the real estate agency giant's reputation to the top.

Supremacy is no stranger to PropNex Limited. For the past two decades, the realty corporation has developed to be the largest listed home-grown real estate agency, according to the statutory board Council for Estate Agencies (CEA). The company currently has 8,700 agents – the biggest staff number employed by a real estate agency in Singapore – who advise and help sellers and buyers in marketing and acquiring property for the best price and terms.

PropNex owes its long-standing success to Executive Chairman and CEO Ismail Gafoor. Apart from his strategic directorial duties, he oversees business operations, including finance, human resources, legal, marketing, sales, and information technology departments. Having been in the real estate industry for more than 20 years, the 57-year-old property magnate says his business strategy has always been the same: Investing in people.

“We have a culture of sharing within management, leaders, and salespeople. Our relationship bonds are strong because we are family-orientated in such a way that no one is left behind,” Ismail shares. “PropNex is always driven and guided by our core values – continuous improvement in ideas, quality, and customer satisfaction, among others – which have always been essential to building a stable company.

From People to People

With an 8,700-strong salesforce under its helm, PropNex is well poised to support the firm’s growth and customer network. But it has not always been smooth sailing in the staff front. In 2008, eight years after PropNex’s inception, an article from The Straits Times reported that the company had axed 2,800 salespeople in a bid to improve the quality of its agents.

“Doing the right thing was paramount, even though it meant losing our position as the largest agency in Singapore during that time,” Ismail explains of his decision. “Ultimately, we want our agents to be the role models of the industry.”

He adds that the property market in the early 200s was extremely fragmented; standard processes were non-existent, and property investments were mostly unmonitored. Real estate agents could even moonlight in other firms but would receive commissions that were not well-defined. In essence, PropNex’s entire business process deviates from the company’s mission: To enhance the customer’s quality of life through value-added professional service.

To fill this glaring market gap, PropNex strictly required their remaining employees to sign up for a Professional Indemnity Insurance. The policy mandates salespersons to protect their consumers by covering them with a minimum of S$100,000 each, and shields them against professional negligence and loss of documents. PropNex agents who refused to take the insurance were immediately terminated.

Additionally, PropNex launched its Consumer Empowerment Seminars in 2013. These conferences aim to educate their clientele about passive income, as well as capital growth through investing in properties. “Property purchases are important life decisions,” Ismail asserts. “We are committed to sharing our expert knowledge to help our customers make the right choices.”

Ismail also adds that PropNex strengthens their competitive edge by continuously refreshing their training curricula and providing a deeper level of specialization across sales development programmes. “We have invested heavily in enhancing our agents’ sales skills,” he says. “They are groomed to be consultants who can counsel their customers, rather than being mere transactional salespersons.”

PropNex marked ten successful business years in 2010. To celebrate this milestone, it is worth noting that the company pioneered the Dual Career Path for their associates, which provides experienced agents mentorship and brokering job opportunities. In 2018, the company introduced a spouse protection scheme for PropNext team leaders, which gives financial support to the partner of the deceased team leader, until he/she would have reached the age of 60.

“During the circuit breaker period, we also rolled out a $30 Million PropNex Resilience Support Plan to ease our staff’s financial commitments,” Ismail proudly says. “The relief package allowed our agents an early release of their commission.”

“Doing the right thing was paramount, even though it meant losing our position as the largest agency in Singapore during that time.” – Ismail Gafoor, PropNex Executive Chairman and CEO

As far as forthcoming business plans are concerned, there are only improvements needed in Ismail’s overall game plan. One of them is to innovate PropNex’s services through digitalization. “We embrace technology and see it as a tool for our salespersons to excel,” he says. “Our perpetual intentions all point to staying ahead. That’s why we continually transform the digital landscape in the real estate industry by utilizing artificial intelligence and big data for the betterment of our salesforce.”

PropNex is one of the few local mega-corporations that have avoided the economic ravages of COVID-19. Despite the harsh operating conditions brought by the pandemic, PropNex achieved topline growth of 45.2% year-on-year to S$241.5 million for the first six months of 2020, according to Ismail. He adds: “The Group also delivered a robust 150.7% year-on-year surge in net profit after tax to S$16.0 million.”

It is with the positive response of virtual viewings that prompted PropNex to host their first-ever PropNex Virtual Property Expo on 25-26 July 2020. The online fair featured numerous insightful webinars for participants, as well as a wide selection of listings from different segments. Moreover, it attracted more than 30,000 viewers over two days. “The inaugural event was so successful that we are organizing the second instalment in October,” Ismail teases.

PropNex celebrates its 20th anniversary in the business this year. When asked what he sees in the company in the year 2040, Ismail wishes that the next generation of leaders will continue to improve, align with the company’s core values, and enhance the quality of life of others by providing professional, value-added services.

“I also wish to retire by then and pass the baton to the next generation of leaders who will bring the company to far greater heights and reinforce the foundation that we have built over the last 20 years,” he concludes.

The Pinnacle of Luxury Living at Peak Residence

The Pinnacle of Luxury…

Exclusivity, convenience, and location come together at Peak Residence. Things are not the same: The state of Asia Pacific's real estate

Things are not the same:… 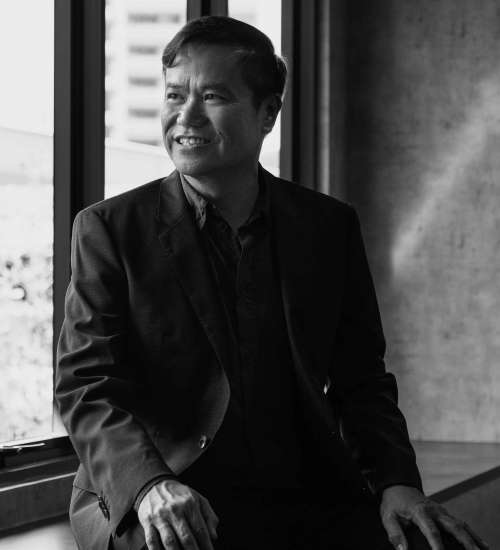 Ahead of the Game

Ahead of the Game

The new DBS Vantage Visa Infinite Card not only offers a generous rewards earn rate, but also plenty of lifestyle privileges to cater to your travel and dining…

Man Of The State