In his works, young filmmaker Jerome Ng demonstrates how landmarks are as much in the hearts and minds of people in actual spaces.

Jerome Ng believes in the power of storytelling, which he employs in his films, along with architectural design, to communicate meaning. “It is amazing to see the buildings I designed come to life in film as I explain my design intent through the interaction between the protagonist and the space he inhabits,” the National Youth Film Award 2020 nominee says.

The turning points in his works usually materialize after multiple trials take. “A sense of joy that arises when you manage to compose a sequence that weaves the whole narration together logically and creatively.”

Jerome does not restrict himself to any particular style. “I constantly try to push the boundaries beyond what has already been done, and employ different narrative techniques. This attitude of openness to stylistic language is critical today.”

Despite this, one finds consistency in Jerome’s works; for one, they deal with social issues which he thinks must be the goal of every creative. “(We must) give the minority and the disenfranchised a voice, and contribute to the wider community with designs that make a real, tangible difference in their lives.”

Jerome aspires to be regarded as “a documentary filmmaker who injects narrative with a filmic quality”. “I feel that the narrative structure in documentaries is as important as any other fictional work; the rules of storytelling are essential in all great documentaries. They provide a fundamental framework for the film, without which it would be difficult to maintain the interest of the audience.”

“I always believe in a multi-disciplinary approach to design projects,” Jerome says, adding that he sees all creative fields as interchangeable or at least interconnected. Understanding aesthetics through the visual communications program of the School of Art, Design & Media at NTU (Nanyang Technological University) has helped him combine disparate skills, and with his years at the Bartlett School of Architecture, University College London, have helped shape his films. “The architectural elements in my films have made them more concrete and grounded,” he opines. “They make architectural concepts more believable and relatable when they ‘perform’ in films.”

Filmmaking and architecture constantly inform each other in Jerome’s works, enabling the latter to be closely experienced through images that move across space, time, and people.

“Architecture and filmmaking are tightly knit – with many areas where they interact, overlap, and influence each other. Both the architect and the filmmaker speculate and propose worlds for one to inhabit. Architect Neal Payton once said, ‘The filmmaker designs the events of that world while the architect imagines the experience of the space he is designing’.” The symbiosis between architecture and film shapes the future, he says, “rendering filmmaking as an extension of my architecture career.”

Jerome’s outputs as a filmmaker have to do with the importance of landmarks in the collective consciousness of a people. “Landmarks provide a structure to the environment or the city we inhabit,” he explains. “They establish cognitive anchors or reference points in our memories. Cognition and the unified experience of the space and place play a significant role in understanding where and who we are.”

He claims it is natural for people to crave connection to their physical surroundings because they are where lives are lived and memories are shared. “They form distinctive landmarks in our hearts, and taking them away equates to erasing a part of our memory. It is especially pertinent to us as Singaporeans because, with 50 years of nation-building, architecture is a solid part of our identity. Every Singaporean has a responsibility to safeguard our precious old buildings along with urban planners, architects, conservationists, and policymakers.”

Many landmarks in Singapore are faced with demolition to make way for more space and profit, Jerome points out, although some of these landmarks have played a significant role in history. “They do not only define the architectural style of the past, but they also embody the ambition and aspiration of a newly independent nation.

“Therefore, my film aims to gather support from Singaporeans to save existing landmarks, especially residential developments, to which one’s sense of self is intimately linked. When these residential buildings are demolished, the residents are forced to relocate and watch their former homes razed to the ground. This can generate a sense of loss or disorientation especially among the older generation.

Jerome continues to explore related themes in his work. “I hope to convey the idea of rethinking the demolish-and-rebuild approach to urban development. With today’s advanced technology and creativity, new ideas for adaptive reuse and redevelopment of old buildings that can regenerate and extend the social fabric are available. Creative planning, programming, and design can assist in rehabilitating landmarks and solving issues of urban structures and environmental sustainability.”

As an avowed enthusiast of architecture, film, and visual communication, Jerome hopes to continue working with communities to create architectural solutions for better living conditions and contribute to society through design and films. “These formative years have sparked my interest and curiosity in these typologies, allowing me to expand my awareness and design thinking in such topics and projects. I believe that these works are in consonance with my direction as an architect.”

How to Level the Playing Field Once and For All

How to Level the Playing…

Yeo Chuen Chuen is the CEO and Founder of ACESENCE, Official Member of Forbes Coaches Council, and a multi-award-winning agile leadership coach Approaching the Next Normal With a Sense of Purpose

Approaching the Next Normal…

Ms. Tripti Lochan of VMLY&R Asia shares her insights on how brands should approach their audience following a new normal Caratell’s years in the industry, coupled with a nimble approach to the business and understanding of both the market and their clients, results in an optimistic… 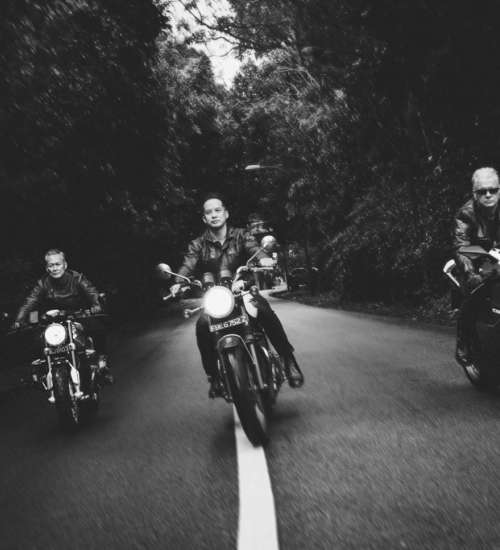