The Cotentin Peninsula of Normandy, the land that juts into the English Channel, is all about nature’s drama: The huge tides, historic bays, awesome cliffs, long beaches, vast estuaries, sweeping dunes and glorious marshes. Quaint ancient ports, Cherbourg Harbor and landmark lighthouses add to the spectacles.

I actually met the daring man who flies over and around this coast for a living. Landscape photographer Jérôme Houyvet takes aerial views of the coastlines. He lives in Barfleur, a picturesque port—listed as one of the most beautiful villages in France—on the northeastern coast of the peninsula, a part of La Manche County. Over a cup of coffee in the Café de France overlooking Barfleur’s ancient harbor, he explained that he accomplished his work with a parapente (paraglider), a puffy kite-like apparatus he calls a paramotor, because below the kite he attaches a motor and hangs a chair. Then he straps himself into the chair and runs to catch the wind and up he goes.

He enthusiastically described the coast’s magnificent scenery. When he circles above the nearby Gatteville lighthouse he feels greatly exhilarated. The lighthouses around the coasts are famously tall structures that resist the waves and currents of tremendous winter storms. The Gatteville and Auderville lighthouses have witnessed historic shipwrecks. The following day, when I stood below Gatteville (height 233 feet, the second highest in Europe), I felt giddy and needed to immediately fortify myself with a delicious (12 inches in diameter) pastry from Gatteville’s bakery. So fresh, flaky and delicious that I ate two.

Another of Jérôme’s suggestions was to visit nearby Tatihou Island, a 72-acre historical monument and UNESCO World Heritage Site known for two fortified towers designed by the great military architect, the Marquis de Vauban, who worked for Louis XIV’s (1638-1715).

Reaching Tatihou island was a quick ferry ride from St-Vaast-la-Hougue, a popular sailing port. After a couple of hours exploring the island and its museum, I returned to the pier and was surprised to see that the sea was completely out. Racks of oyster beds covered the sandy ground all the way to the mainland. In fact, I hadn’t known that the ferry I had taken had traveled over these to reach the island. I wondered how long it would be before it could return. A few minutes later the same boat came into sight. Now, however, it was on wheels carefully negotiating a sandy trail between the oyster beds. A hydraulic system allows the ferry to change back and forth from a boat to a bus.

The oyster industry in this area is a big deal with 435 acres producing and all told, Cotentin’s west shore has more than 1,400 acres of oyster beds and 170 miles of mussel beds. The tides cause an extremely rapid wash and flow through the racks, which gives the local shellfish an exceptional flavor.

Nowadays in Mont-Saint-Michel Bay (farther south of Cotentin) mussels are farmed on 300,000 wooden stakes, producing 10,000 tons yearly, and they also farm 3,000 oysters yearly. Sole and Saint-Pierre white fish are raised in nurseries. Blainville-sur-Mer has shellfish beds and from Pointe d’Agon hundreds of oyster beds stretch out to sea. The spit of sand at Pointe d’Agon is a must visit to see the drama of the tides.

The methods of fishing employed by prehistoric inhabitants of Cotentin and Mont-Saint-Michel Bay are illustrated in Ile de Tatihou’s museum. For centuries, fishermen had woven branches and grasses into nets and set them upright in the beach sand in large “V” shaped walls. The fish brought in by the high tide were trapped when it receded. Remains of the logs date from 4000 BC. Photographs taken about a century ago show ten-foot high walls.

In St.-Vaast–la-Hougue, elegant Maison Gosselin grocery sells rare and high quality fish products—both fresh and canned, and delicious, fresh soups, jams, cakes, teas, in-house coffees and much more. It stocks a great choice of wines and calvados—the brandy made from apples that are a specialty of La Manche and several other counties in Normandy. Even Charlemagne in the 8th century mentioned the area’s wonderful apple brews. I met the owner Madame Francoise Gosselin who told me her family opened the store in 1889—four generations ago. Its reputation is on a par with the renowned Fauchon and Hédiard in Paris.

Jérôme’s photographs showed aerials of eight vast marsh-estuaries that feed the west coast. These are unique in France since they are not found anywhere else. They look like mammoth carpets with swirling green patterns. The Bay des Veys marsh-estuary covers 9800 acres of the Regional Marshlands Nature Park. In the estuaries, migrating birds find refuge on their journeys.

The area’s tides mesmerized me since they constantly transformed the character of the coast. The Cap de la Hague’s fearsome currents are among the fastest and most dangerous in the world. The shoreline path, le Sentier des Douaniers (numbered GR 223), dips and curves for 50 miles along scenic bays, on and around beaches and to cliffs with panoramas. Altogether, La Manche has 220 miles of coastal paths. As I hiked, I imagined these places from Jérôme’s aerial perspective

And at the same time I thrilled to scenes of the sea from Monet’s point of view—his uninhibited brushstrokes had formed the waves and bays of Normandy. These inspired him and several other Impressionist painters, and any art or nature lover can certainly understand why.

A few days later, I stood on the shore of Mont-Saint-Michel Bay and stared across the vast gleaming expanse of wet sand stretching to the famous Mont-Saint-Michel Abbey in the distance, I thought of Jérôme Houyvet’s masterpiece, an aerial double-page photo of this the greatest tidal bay in Europe, which spreads from Granville in Normandy to Cancale in Brittany. Again, Jérôme gave me a gateway into a double vision—a sublime perspective from on high with my own view from the beach.

Professional guides lead hikes going two- to-three hour (six kms one way) on wet sand to the abbey and double the distance back. The guides know the tides and risky areas. I was told: “Never go alone. Too dangerous! The tide incoming tide can not be out-run. It moves at six kilometers an hour. There are hidden areas of quicksand, which is like cement around your legs. The bay’s rivers fill very fast. The sea can rise 30 to 46 feet between low and high tide.”

Even the sheep know, I thought, having read that more than 7,000 graze on the salt meadows along these shores. And even the birds know, as twice a year 60,000 wading birds rest in this bay during migrations. Even the French poet and novelist Victor Hugo (1802-1885) knew, as he described this tide as “moving as fast as a galloping horse.” Since the 8th century, the tides have defended the abbey from attack.

Cotentin is a place to thrill to the energy and splendor of the coasts. Jérôme Houyvet may sail on the winds but the atmosphere gave me a natural high. 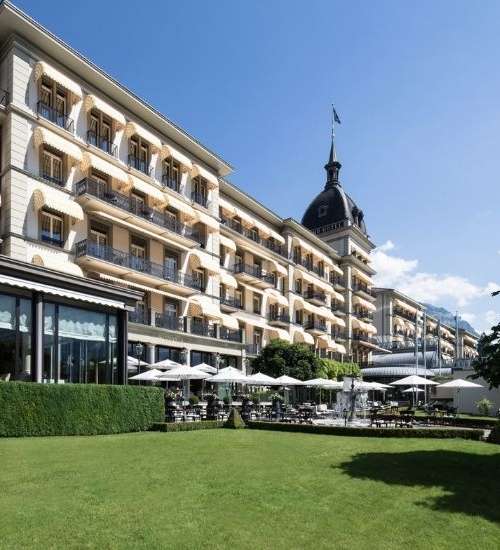 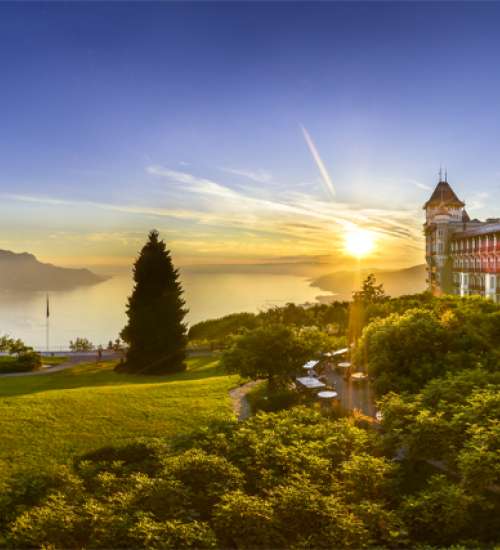 Why Switzerland is the ideal place to pursue a hospitality degree