It’s ironic that time seems to stand still at Essaouira, when change has been its only constant over the centuries. This small city on Morocco’s wild Atlantic coast has through the ages welcomed the Carthaginians, Phoenicians, Romans, Portuguese and French, who arrived on Essaouira’s famed alizee, or tradewinds, to ply assorted ambitions, trades and religions.

In the late 18th century and during the 19th century, the city was a major Atlantic commercial hub (trading everything from grain and salt to slaves) between Africa and Europe. The diverse people who passed through it have indelibly shaped the city as it is today, a compact fortified old town and UNESCO World Heritage Site filled with restaurants, galleries and shops bordered by a bustling port and a wide swath of ecru-sand beach.

A stiff breeze blows perpetually through Essaouira’s medina, which, unlike Marrakech’s sprawling, maze-like souks three hours away, is small and easy to navigate. A stroll from its fortified gates takes you to the wide sandy crescent of the main beach, where steady winds and a waveless sea draws wind- and kite-surfers from April through November.

At Essaouira’s bustling working port, cobalt-blue skiffs bob in the current while fishermen sort through glistening piles of sardines, all under the impatient gaze of the city’s numerous stray cats and cawing seagulls looping in the wind overhead.

A street in Essaouira, Morocco. (Photo by Daniël van der Kolk on Unsplash)

With its laid-back, bohemian atmosphere, Essaouira has always drawn free spirits such as Jimi Hendrix and Bob Marley, and more recently, Hollywood moviemakers, who have filmed “Othello,” “John Wick 3” and, most recently, “Game of Thrones” in Essaouira’s labyrinthine alleys and the sweeping oceanside terraces of Skala du Port and the Kasbah Skala, lined with 18th-century bronze artillery guns.

It’s also known for its festivals — the annual Gnaoua World Music Festival, for example, is a sonic extravaganza that sees the local three-stringed hajhouj in a strum-off against rock guitars.

In the medina, the past whispers from abandoned 19th-century consulates (local children call them “ghost-houses”) built by the Dutch, Portuguese and French, alongside the visual cacophony of street stalls selling everything from hammered brass lamps to Morocco’s ubiquitous boucherouite rugs (Berber rugs woven from recycled material), tagines, spices and argan oil.

Dotted in between are woodcraft stores such as Coopérative Artisanale de Thuya, which turn aromatic thuya wood into dazzlingly intricate wood-marquetry boxes, trays and furniture. Shopping in Essaouira’s picturesque medina (think whitewashed alleys, accented by doors in Yves Klein blue, lemon yellow and pistachio) is an altogether more leisurely affair than in Marrakech (with its aggressive stallholders), but similar rules apply here, says Mr. Eric Molle, general manager of Heure Bleue Palais Hotel. “If you like it, buy it, because you won’t see it again,” he adds.

A Gallic vibe permeates the city, thanks to a wave of French émigrés who have opened guesthouses, restaurants and chic little boutiques such as Rafia Craft, a pink-doored store selling colorful woven shoes (from 150 Dirham) that are perfect for travel.

“I first came here 13 years ago to run in the desert. I knew I’d come here again one day,” says Ms. Patricia Finel, who decamped to Essaouira from France to set up a beachside restaurant just outside the city. “I just love it here — it’s so nice and quiet at the end of the world.”

Here are some of our top Essaouira picks.

While you’ll have your pick of guesthouses, this 19th-century former riad is the discerning traveler’s go-to — it’s centrally located in the heart of the medina, the city’s only Relais & Chateau property, and the only one with a rooftop pool.

If it’s a hammam you’re after (and which traveler here isn’t), Heure Bleue Palais’ spa, a hushed affair in an opulent black marble-clad chamber, turns extreme exfoliation into a sacred ritual.

The wood-paneled English Lounge, meanwhile, is the place to play intrepid explorer, with its stuffed animal heads, burnished Chesterfield sofas, grand piano and tempting array of single malts — passed around on silver salvers by the genial yet discreet staff, presided over by affable general manager, Eric Molle.

On less windy days, there are few pleasures simpler than snacking on grilled sardines on the Terrace Grill while gazing at the ancient cityscape below.

Charles Melia may own Val d’Argan, but grapes don’t grow here without the help of Goliath, his amiable dromedary. The camel is just one of many uniquely Moroccan solutions that Melia embraced while setting up the region’s first vineyard in 1994 after leaving his family’s successful winery in France’s Chateauneuf-du-Pape.

Morocco’s first organic vineyard, Val d’Argan was built on an empty piece of land with no other vineyards, water or electricity (“A blank sheet of paper,” Melia told Decanter), and the blazing sun could hike temperatures up to 50 degrees Celsius or higher.

Melia learned to deal with the vagaries of the local climate, among other things, by replacing traditional three-tiered espaliers and tractors in favor of planting low to the ground and employing camels, which, as he told Wine Enthusiast, “cope better with the heat” and “plow the closest possible to the foot of the vine.”

Grenache blanc, viognier, muscat and roussanne grapes grow best in the region’s terroir, and the vineyard has, over the last 20 years, expanded from 5 to 50 hectares and now includes a restaurant and a bucolic bed and breakfast nestled in a citrus and olive garden.

While many other vineyards have since sprouted in its wake (encouraged by King Hassan II’s efforts to revive the country’s wine industry), Val d’Argan remains the preeminent label served in the country’s premium restaurants and hotels. Its Val d’Argan Red is critically acclaimed and makes an excellent souvenir, as its small production rarely makes it abroad.

While Essaouira’s medina is lined with countless stores hawking argan oil, it’s worth visiting one of the more than 12,000 women-run cooperatives dotted throughout the region. These cooperatives provide local women (most of whom are illiterate) with fair wages and business skills, and fund education for girls.

A local working on argan kernels

At Co-operative Feminine Tilila, its large stone-walled main room is lined with women engaged in different stages of the argan oil extraction process, manually cracking open kernels against a rock, then laboriously grinding them to a thick paste in stone grinders.

According to UNESCO, argan oil retails for up to US$300 per liter, making it the world’s most expensive edible oil. Extracting it is anything but easy — it takes 30kg of fruit and 15 hours of labor to make one liter of oil.

Visitors can try extracting the oil the old- fashioned way at the cooperatives, but the kernels are now pressed in specially designed machines to yield oil for cosmetic use, or roasted for culinary purposes.

Must-buys include a bottle of light, toasty and nutty argan oil (which you can drizzle on salads, couscous and eggs) as well as the unctuously creamy amlou, a velvety paste spun from roasted almonds, honey and argan oil that’s known locally as “Berber Nutella.”

Run by spry French transplant Patricia Finel, this unassuming beachside restaurant just outside the city in Sidi Kaouki touts its “fresh fish, fresh food and beautiful bedrooms” and delivers on all fronts.

Set on a wild, windswept stretch of coastline, Finel’s cafe-restaurant looks like it could be in Sydney or Ibiza, with its boho-chic thatched awnings, whimsical fish paintings, white and aquamarine color scheme, and giant raffia chandeliers swaying gently in the salt-kissed breeze.

The food, however, places you firmly in Essaouira. The starters — like the aromatic zaalouk, a spicy commingling of eggplant, tomatoes and garlic begging to be mopped up with bread — precede a feast of the finest fruits de mer, such as swordfish, monkfish and turbot, which Finel and her team buy fresh daily. These are prepared in citrus-spiked ceviches, steamed or grilled, each iteration cooked perfectly.

A post-prandial stroll (which you’ll definitely require) can be taken down the beach, which is quiet save for the odd camel making moony eyes at prospective riders. Feel free to linger — Finel recently opened four simple but design-magazine-worthy oceanfront rooms, each with an ensuite bathroom, fireplace and private terrace.

Locavore dining at these hotels and restaurants in Bali not only nourishes the body, but also fosters deeper human and cultural connections. 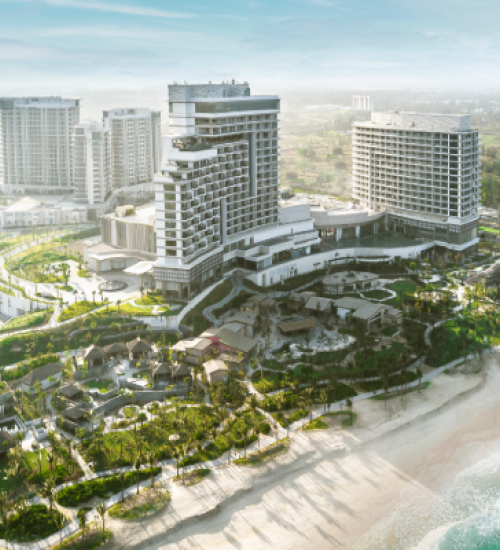 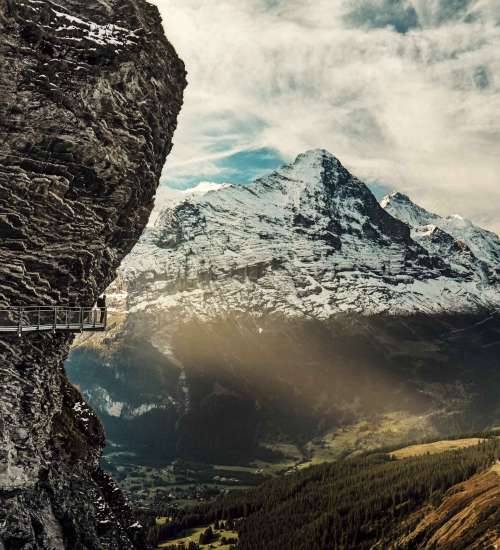 Switzerland should be more than just a stopover on your next great European adventure – it deserves to be the main attraction.

Regent Phú Quốc is the new kid on the block along Vietnam’s westernmost island coast and it’s the perfect spot for a weekend getaway – and then some.

Exploring The Best Of Essaouira, Morocco