Nidhi Jain and Emily Loberg have recently completed the full renovation of a 3,500-square foot apartment in a tranquil pocket of Nassim Hill. Although they have previously worked on four other houses for the same client, attempting to capture and reflect the changes in her life, they were asked to create something new for this latest collaboration. A meditation and holistic health coach, their client asked for “a totally Zen and minimalistic space”, which served as the starting point for their design. She also asked for the four bedrooms in the unit to be allocated to each of her two children and herself, and for a meditation room and a study to be set up.

Jain and Loberg delivered a superbly elegant home whose parts are gradually revealed in graceful turns – much like the self-realization that comes through a string of meditative discoveries. For instance, unifying elements are subtly introduced to hint at what is to come: the wooden slats outside the main door presage the screen that sets off the foyer from the open plan living room and the elevated dining area beyond, the abundance of wood a clue to the timber floors and the wooden furniture in natural finish. The client’s collection of objects and artworks, along with deeply hued furniture and an antique rug, provide jolts of color throughout the space. And if those were not enough, the designing duo also painted the insides of the discreet built-in cupboards with a shock of crimson. Meanwhile, a selection of sleek minimalist furniture from Grafunkt (www.grafunkt.com) strengthened the Zen feel.

However, a masterstroke in this apartment is the opening up of an awkward space where the air conditioner condenser was originally installed. Jain and Loberg replaced it with a glass- walled Zen garden, and with ample natural light finally streaming in, laid out a study in the node that connects all bedrooms. Jain and Loberg also maximized the balcony space that wraps around the living room, setting furniture for quiet contemplation and informal gatherings. They redid the en suite master bathroom, accommodating a spacious sink counter, toilet, shower, and a Japanese bathtub.

The previous projects they have delivered to this particular client covered larger footprints and allowed for more elaborate elements, but Jain and Loberg confess that this apartment required so much despite its size. “It has a lot of character,” Jain says, “and it speaks volumes about the people who live in it.” 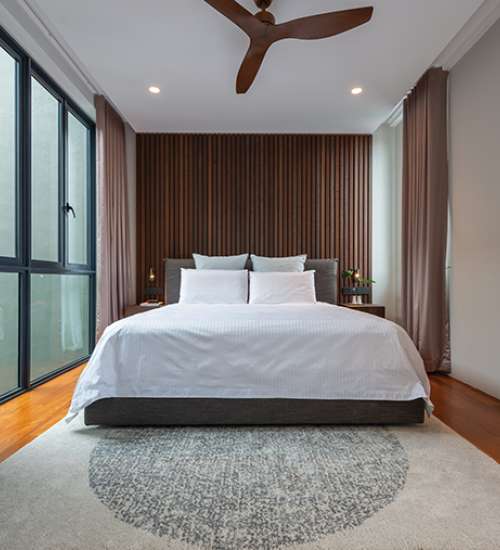 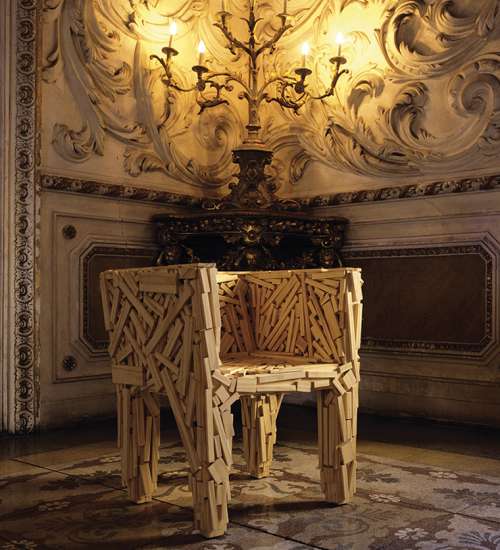