Chip Your Money Back to the Investment Fairway

The objective of the investment game is to make money, not to be correct about our predictions. This simple, yet incredibly important, belief is the foundation to investment success, as discussed in my previous article.

This article is focused on another key concept: How to make money by not losing money. An investment philosophy that is shared by legendary investors such as Warren Buffett, whose two rules for investing are famously expressed as: “The first rule is never lose money. The second one is never forget rule number one”.

Warren Buffett’s advice ‘Don’t lose money’ relates to the importance of capital preservation and the power of compounding interest, or earning interest on interest), which explains his obsession with avoiding losses.

However, Buffett’s ‘Don’t lose money’ can be easily misunderstood, and potentially backfire.

To the naïve investor ‘Don’t lose money’ may sound like “You are not allowed to make mistakes or incur financial losses” or “If you are losing money, don’t cut your losses: stay invested until you are making money again”.

Warren Buffett, like every other human on Earth, makes mistakes and occasionally losses money. He is, however, quick to recognize his mistakes and exit bad investments. Warren Buffett does not stay invested in losing trades: he cuts them fast. Really fast.

In words of another legendary investor George Soros, “Once you realize that imperfect understanding is the human condition, there is no shame in being wrong, only in failing to correct our mistakes.”

Warren Buffet and George Soros have different investment styles, but share an aversion with losses. Both of them cut their losses early, as soon as they recognize they are wrong in their views, a common trait of winners in the financial markets.

Most of us humans are ‘wired’ in a way that we struggle to recognize our mistakes and take financial losses, as our emotions and ego interfere with our judgement and find excuses to keep us in losing trades hoping things will change for the better. Unfortunately, as the saying goes, ‘if you are unable to take frequent small losses, eventually you will be forced to take some very large losses, a much more damaging outcome for our health – both emotional and financial.

That’s why professional investors use ‘stop losses’, an automatic mechanism designed to close a losing position once a certain level of financial losses is reached. The mechanics are simple: If we entered a bullish position (such as buying a stock) and the market goes down, the stop loss will automatically sell the stock and materialize the financial loss. On the other hand, if we had entered a bearish position (such as selling a future contract) and the market goes up, the stop loss will automatically buy back the position and materialize the financial loss. Either way, the process is meant to be automatic, without thinking or allowing our emotions to interfere in our decision-making. Stop losses are known as trading discipline, a good habit.

Stop losses are common in other fields too. My favorite example is in golf. Those readers who play or follow the game will be familiar with the idea of “chipping the ball back to the fairway”, a good habit that bears clear similarities to financial stop losses in trading and investing.

Experienced golfers tend to carefully select the golf club and aim for the optimal landing spot, taking into consideration multiple factors, such as the distance and position of the flag, the direction and strength of the wind, or the multiple dangers around the course such as trees, sand bunkers, or water hazards, among many others. Experienced golfers on the whole tend to choose the right risk-reward shot. Inexperienced golfers, on the other hand, often tend to make sub-optimal choices and take excessive risks.

Experienced investors tend to carefully select the implementation of investment opportunities, optimizing the risk-reward, and entry and exit, taking into consideration multiple factors such as the fundamentals, the speculative positioning of the market, the technical and momentum, and the multiple dangers across the market, including known unknown factors outside of their control, such as geopolitics.

Both experienced and inexperienced golfers will execute the shot with their best intentions, but the outcome of their shots often differs substantially from the original intentions. A bad outcome, such as landing the golf ball in the forest can be due to multiple reasons, such as poor technique, bad execution, poor judgement of the dangers, or simply due to bad luck, such as a bad bounce. Regardless of whether it was a ‘good idea, bad outcome’ or a ‘bad idea, bad outcome’, both experienced and inexperienced golfers often find themselves in the forest facing the question, “What shall I play next?”

Similarly, both experienced and inexperienced investors will execute their trades with their best intentions, but the outcome often differs substantially from the original intentions. A bad financial outcome may be the result of multiple factors, such as deficient understanding of the market fundamentals and dynamics, bad execution and implementation, poor judgement of the dangers, or simply due to bad luck, such as an unexpected event outside their control, such as war or fraud. Regardless of whether it was a ‘good idea, bad outcome’ or a ‘bad idea, bad outcome’, both experienced and inexperienced investors often find themselves in the ‘financial forest’, facing the question, “What shall I do next?”

Experienced golfers tend to recognize their mistakes quickly and move on. When their ball lands in the woods, they will often drop their ball back to the fairway, a defensive shot, often a simple short distance chip aiming for the middle of the fairway which does not gain any distance to the flag but sets them for a clean shot. The discipline of dropping the ball back to the fairway may have cost them one shot, but the experienced player accepts the price for the mistake and moves on.

On the other hand, inexperienced golfers often struggle to accept the bad outcome and often attempt a direct shot to the flag through the trees: A very risky shot that has the potential to end up in disaster, costing the inexperienced player many more shots.

Similarly, experienced investors and traders tend to recognize their mistakes quickly and move on. When a trade does not play out the way they were hoping, they often drop their money back on the financial fairway, cutting their position and crystalizing their losses without any emotions, setting themselves up for the next investment.

On the other hand, inexperienced investors often struggle to accept the bad outcome and often stay invested and even ‘double up’ on their losing position, ignoring their mistake or changes in the market conditions—a very risky move that often ends up in financial disaster. An example of what we call ‘throwing good money after bad money’.

I find it somewhat ironic that many experienced golfers happen to be inexperienced investors. They may have internalized the idea of stop loss in golf (drop the golf ball back to the fairway), but may be unable or unwilling to cut losses in financial investments (drop their money back to the financial fairway).

Bridges of competence are incredibly powerful and can also work in reverse. They are “reflexive relationships” as Georges Soros would call them, whereby “our golf can help our investments, but our investments can also help our golf”.

Good news: reflexive bridges of competence apply to all fields, not just golf and investments. My challenge to you is to pick some areas of unconscious competence—something you are an expert at, whatever that is—and see how they can help you make better decisions in your investments (or any other areas of conscious or unconscious incompetence). 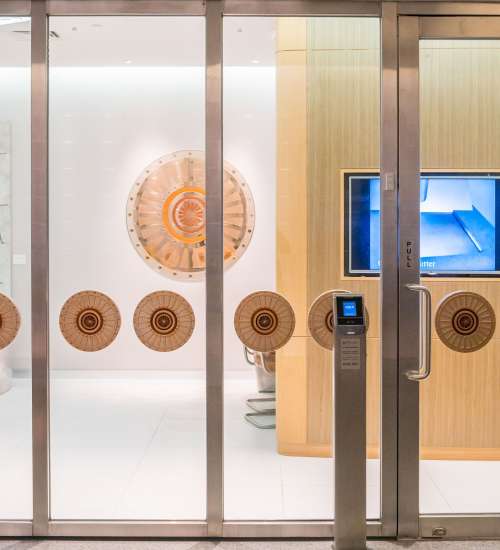 Chip Your Money Back To The Investment Fairway