A Chain Of Benefits

by Victor Chen, Art Direction by VC Chong, Photography by Chino Sardea
16 May 2018

A better understanding of blockchain technology raises its appeal, and highlights its potential uses in the future

In the first week of January 2018, the combined market capitalization of all cryptocurrencies was $800bn, but regulations imposed by some of the countries, speculation and panic-selling have seen the current market capitalization fall to $300bn, according to Mr. Sameer Dharap, VP Blockchain Applications at XinFin. 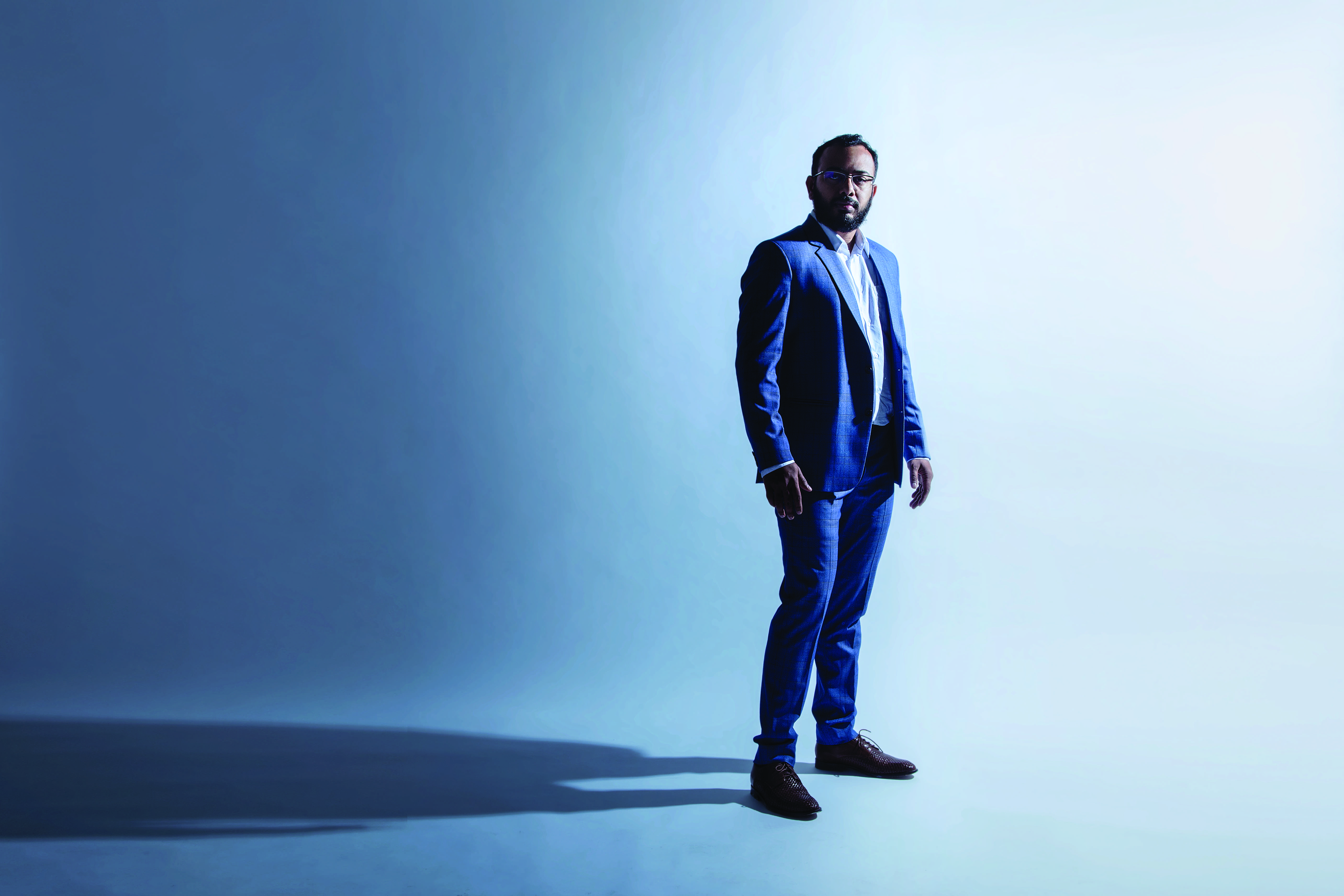 XinFin has developed its proprietary hybrid blockchain protocol that overcomes the shortcomings of public and private blockchain by making it enterprise ready.

The 2008 crisis had the banks’ role as the central authority and trusted custodian of money questioned. The same year also saw the mysterious Satoshi Nakamoto releasing a white paper on Bitcoin, and subsequently the blockchain technology behind it gained global attention.

“Today, there are over 1,500 cryptocurrencies listed on the Coinmarketcap website (www.coinmarketcap.com), and obviously some of the governments are not liking the associated risks (AML/CFT), and challenging the authority of the central banks,” Mr. Dharap says. Investor protection – from fraud, exchange hacking, crypto jacking, etc. – in a decentralized environment where no one authority controls the operations or scams pertaining to Ponzi schemes and raising funds via cryptocurrency (ICO) is getting active attention, he adds. A greater need is being felt to regulate this market, and all concerned authorities are evaluating options.

“While some governments see this as a risk, and have completely banned cryptocurrencies, others have announced plans to launch their own national cryptocurrency. Most of the others are governments in various phases of evaluating the pros and cons of cryptocurrency. However, all of them unanimously agree that the underlying blockchain technology holds the potential to fundamentally reshape the way we trust and exchange value through an agreed medium,” Mr. Dharap elaborates. 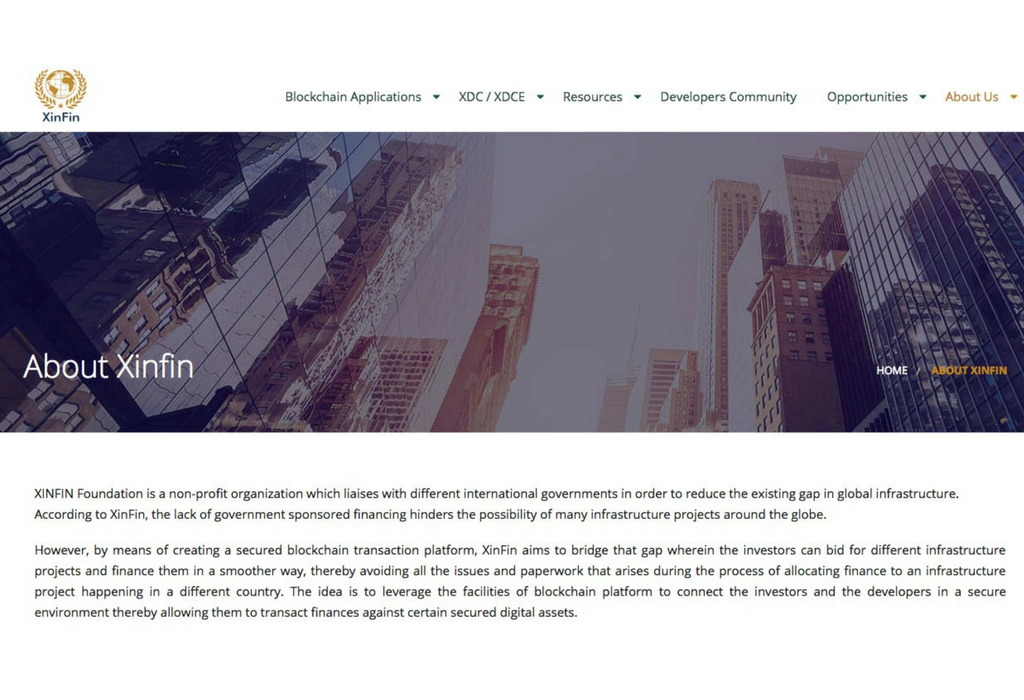 “If you look at the Blockchain protocols such as Ethereum, Ripple, Hyperledger, Bitcoin, etc. – they have inherent challenges. Public Blockchain protocols such as Bitcoin and Ethereum operate in a trustless environment making it risky for institutions to expose their data on a public network. Permissioned implementations such as Ripple, Hyperledger etc. either have smart contract support lacking, or real time payment and settlement capability using native token,” he explains.

For its part, XinFin has developed its proprietary hybrid blockchain protocol that overcomes the shortcomings of public and private blockchain by making it enterprise ready. The hybrid nature of the protocol, Mr. Dharap says, has public and private state. “The private state can launch its own token (independent or pegged to any Fiat currency in a 1:1 ratio). They have a choice of consensus mechanism and business logics for any use case.”

XinFin is demonstrating the protocol capabilities through 10+ pilot projects and real world use cases, according to Mr. Dharap. The Beta version of the Marketplace platform www.tradefinex.org where beneficiaries, suppliers and financiers connect with each other for peer to peer trade and finance, has been rolled out. All businesses that heavily rely on intermediaries for creating trust between multiple parties, and businesses where disjointed IT systems do not talk to each other efficiently stand to be disrupted by blockchain technology. Mr. Dharap believes that some of the key sectors where blockchain will disrupt business will include trade finance, capital markets, government services, travel booking, credential management (pharma, education, etc.), supply chain, and aviation, to name a few.

“Let’s take the example of global trade,” he says, “the workflow involves multiple participants, each dependent on one another to confirm quality, origin, compliance, delivery, commercial terms and settlement. XinFin has successfully demonstrated multi-party escrow smart contracts where all parties access a trusted shared ledger.”

Contractual milestones can be confirmed by the participants in a permissioned environment and entire payment and settlement can be processed in real time basis. Delays due to manual processing and higher costs due intermediary overheads can be minimized, thereby creating a win-win situation for all the participants, he adds.

The escrow-based smart contracts connect hotels and customers directly enabling peer to peer payment which means hotel and Online Travel Agency’s (OTA) time and effort in data reconciliation and settlement is saved to a big extent, Mr. Dhrap points out.

“Hotels now pay a lower OTA commission and they can get paid by the escrow-based smart contracts as soon as the customer checks out of the hotel. A secure and irreversible blockchain-powered decentralized platform ensures 100 per cent transparency in terms of booking confirmation, charges being applied, queries being sorted, and refunds being processed. Using XinFin’s Hybrid Blockchain hotels will be able to reduce their overhead costs and improve working capital management.”

Mr. Dharap has recorded a number of innovations to blockchain technology, including conceptualizing and rolling out a solution for invoice factoring for farmers using XinFin’s hybrid blockchain technology – a low-cost, tech-enabled solution that helps farmer earn maximum value for the produce delivered in the government warehouse.

“This solution truly stands to improve living standards of people below the poverty line and bottom of the pyramid using technology. During my tenure with a ‘Big Four’ in management consulting, I worked across 20-plus sectors and implemented solutions delivering top-line and bottomline benefits to the client.”

During re-engineering the business processes, he recslls how they would always imagine a futuristic tech solution, which either was too expensive or non-existent. “Having worked in blockchain space for the last two years, I have realized that cost-effective blockchain technology solutions are the answer to the missing link in the consulting delivery. Conceptualizing and deploying these tech solutions makes the consulting delivery complete for the client, and that’s what I enjoy the most.”

Mr. Ng Tian Chong, SVP and MD, Greater Asia, HP Inc., shares three easy tips to ensure that we get the most out of your productivity tools while working from home.

A Chain Of Benefits