The Crown’s Olivia Colman snagged the award for “Best Actress in a Drama Series” at the recent 77th Annual Golden Globes, wearing 18k white gold and diamond earrings from Chopard’s Precious Lace Collection, and a matching ring from the L’Heure du Diamant Collection. 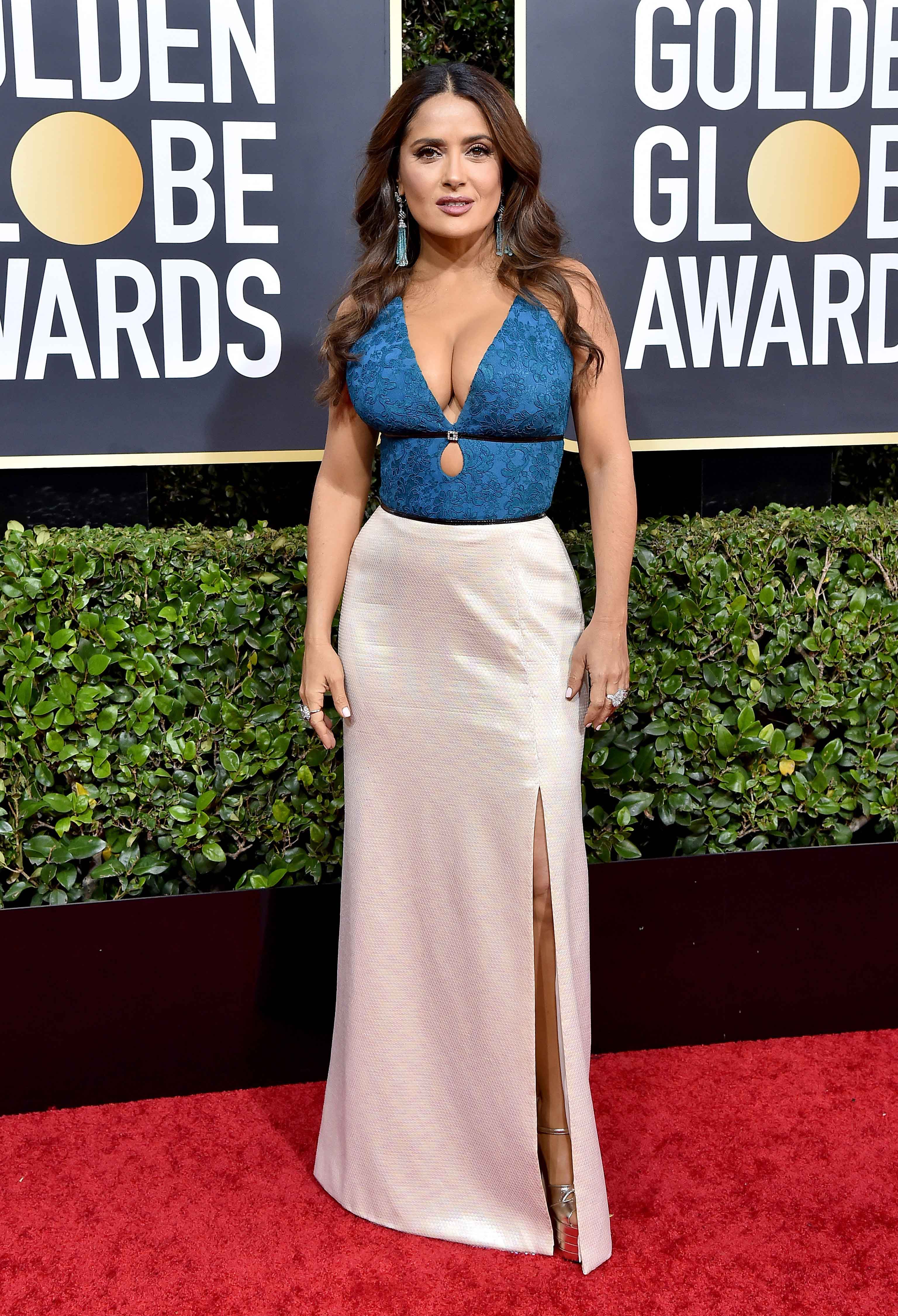 Dressed in a Gucci ensemble at the 77th Annual Golden Globes, Salma Hayek matched her look with statement earrings from Chopard’s Haute Joaillerie Collection made from apatite beads, Paraiba tourmalines, diamonds and lazulites set in 18k white gold. Her fingers were adorned with a selection of precious stones, among which included an 18k white gold and diamond ring from the Magical Setting Collection. 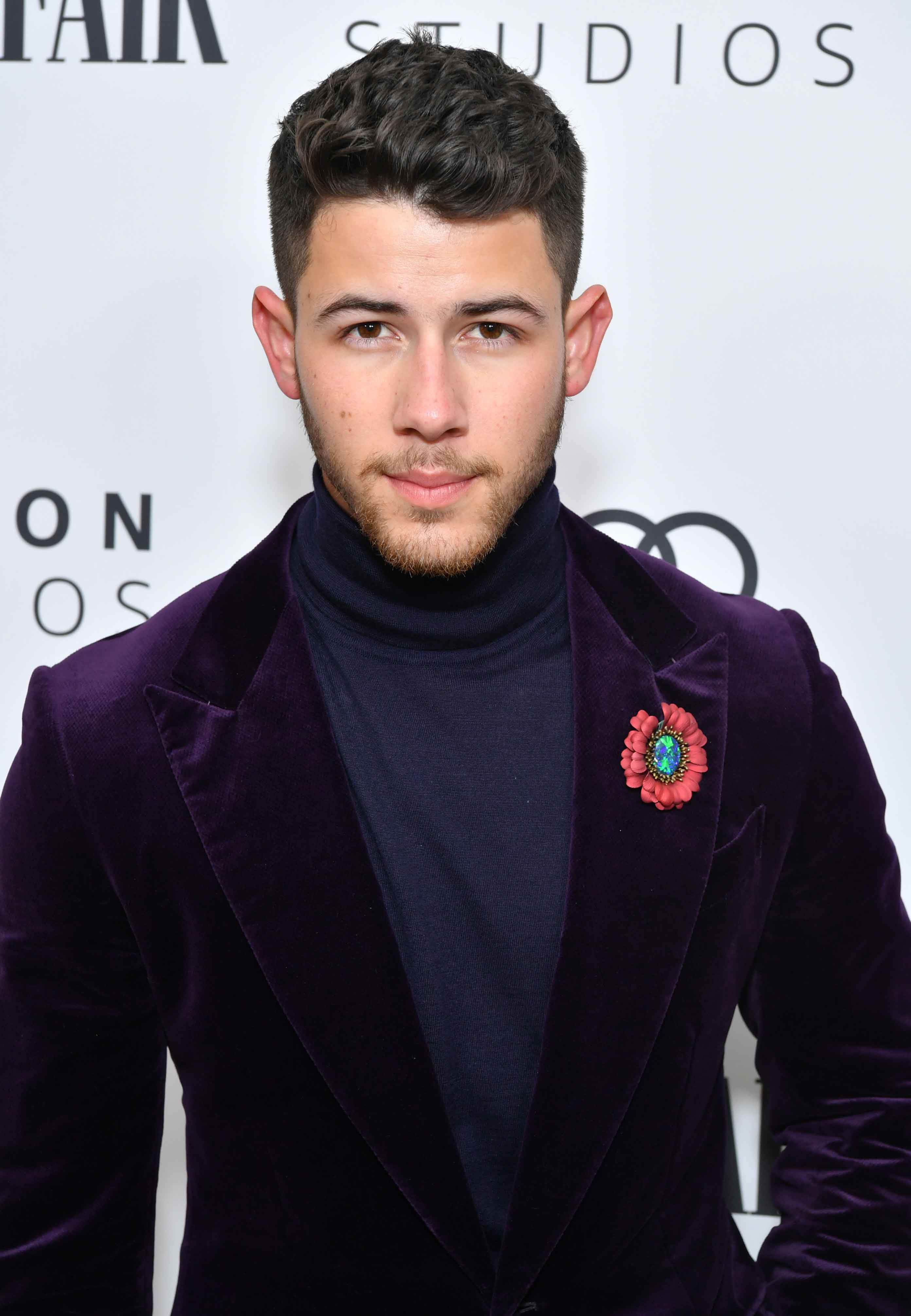 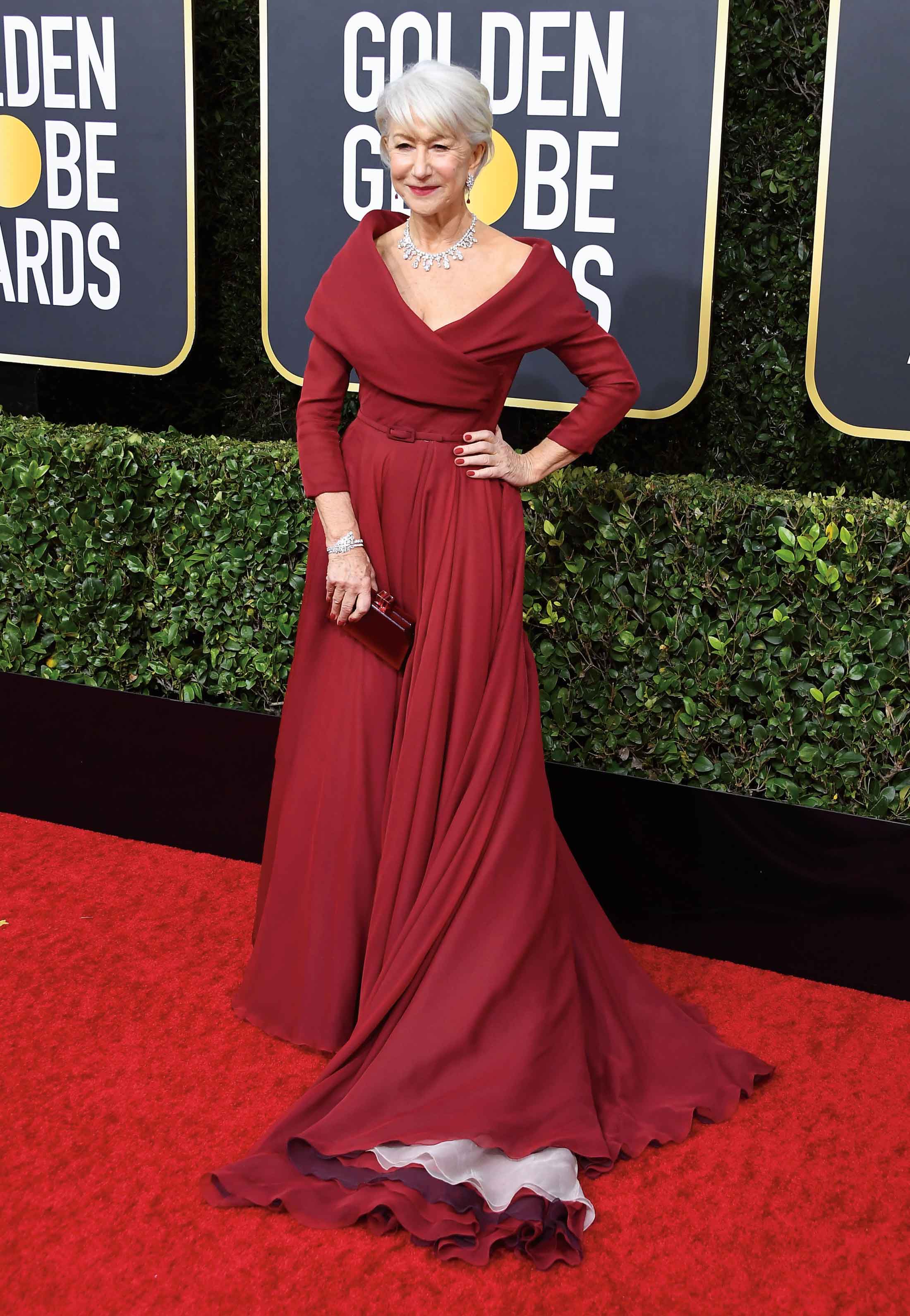 Helen Mirren wore Dior Haute Couture in scarlet, with jewellery from Harry Winston. She is pictured in a platinum-set Cascading Diamond Drop necklace, and earrings and bracelet from the Secret Cluster Diamond collection. The actress was nominated for “Best Performance by an Actress in a Limited Series or Motion Picture Made for Television” for Catherine the Great at the 77th Annual Golden Globes. 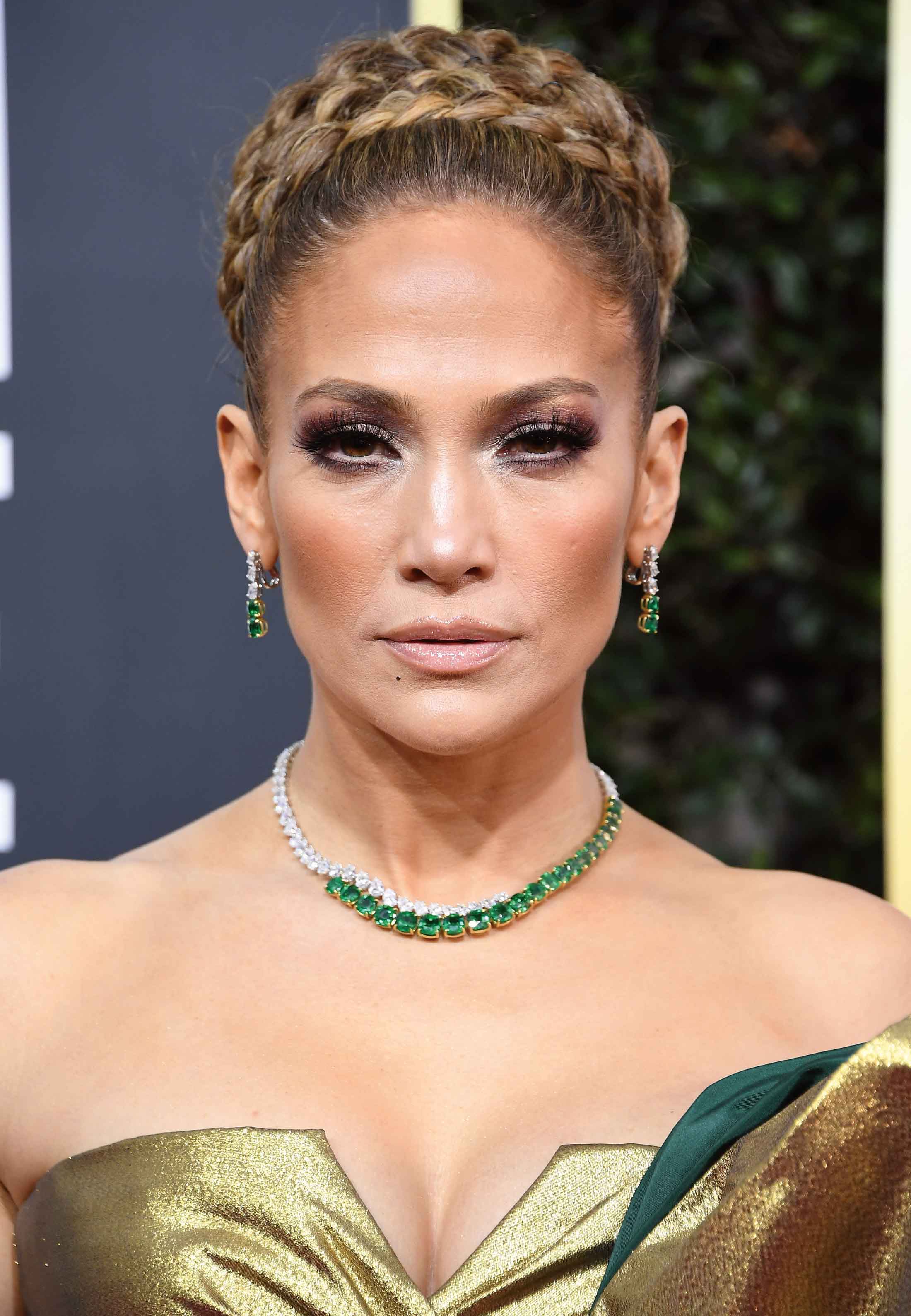 Jennifer Lopez matched her Valentino statement gown with Colombian emeralds and diamonds from Harry Winston. Lopez was nominated for “Best Performance by an Actress in a Supporting Role in Any Motion Picture” for Hustlers at the 77th Annual Golden Globes.

Being among the youngest actresses to ever be nominated as “Best Performance by an Actress in a Limited Series or Motion Picture Made for Television”, The Act’s Joey King turned heads in an optically captivating Iris van Herpen dress. In the jewelry department, she tones it down with Harry Winston’s Sparkling Cluster Collection set in diamonds and platinum. 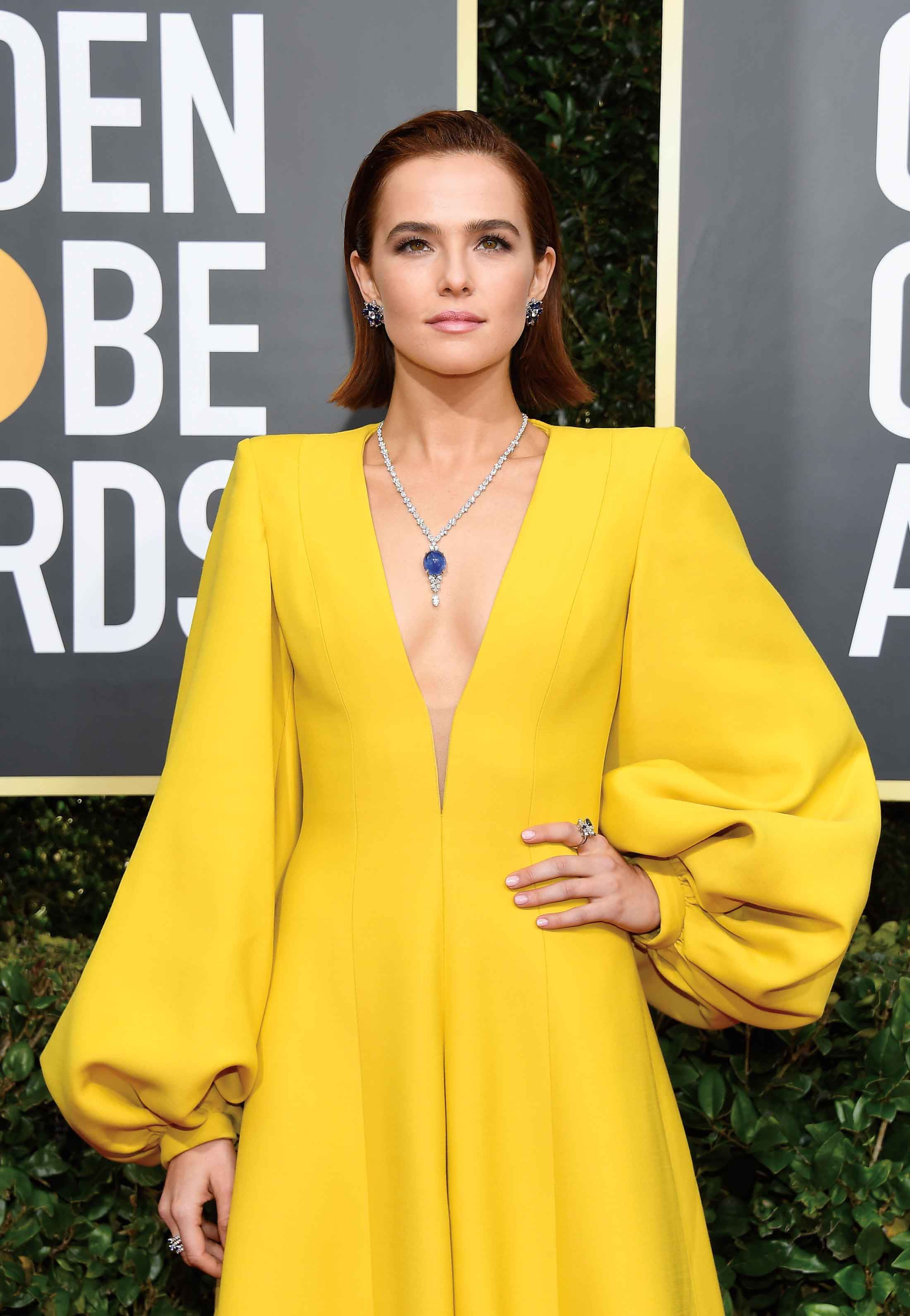 Zoey Dutch busted out the primary colors with a yellow Fendi dress and blue sapphire jewellery from Harry Winston at the 77th Annual Golden Globes. Her plunging diamond necklace is set with a 58.69ct sapphire cabochon pendant in platinum.

Michelle Williams accepted her award for “Best Performance by an Actress in a Limited Series” during the 77th Annual Golden Globes for her role in Fosse/Verdon dressed in Louis Vuitton.

Ben Platt keeps it classic at the 77th Annual Golden Globes in a Louis Vuitton tuxedo. The actor was nominated for “Best Performance by an Actor in a Television Series - Musical or Comedy” for his role in The Politician.

British-American actress Lucy Boynton sparkles in a silver custom-made gown from Louis Vuitton, made from silk and velvet and accented with glass beads. 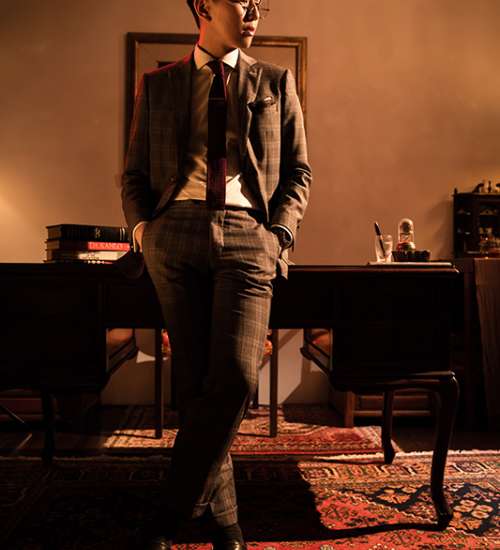 As Meiko Tailor knows, a perfectly tailored suit is a crucial piece in any wardrobe, no matter where you work or what work you do

Who, What, Wow: 11 Stellar Red Carpet Looks This Week