Where the British Pound is Headed

In September, the British pound edged higher on renewed optimism that Brexit could be resolved. The pound sterling rallied against most of its peers after the U.K. law was passed to effectively bar a no-deal Brexit before Parliament was suspended.

This made it impossible for U.K. Prime Minister Boris Johnson to crash the U.K. out of the EU without a deal or the consent of Parliament. The new bill passed also requires Johnson to come up with a Brexit deal by October 19 or face having to ask the EU for a Brexit deadline extension to January 31, 2020.

Meanwhile, the sterling soared as traders welcomed Johnson’s humiliating defeat after Parliament tore up his Brexit strategy and denied his request for a snap election, tempering fears of further political turmoil. Elsewhere, optimism for the sterling edged on as risks of a chaotic Brexit seem unlikely now that Johnson is considering establishing a border with the EU in the Irish Sea, in replacement of the backstop covering the U.K.’s land border with Ireland. This will overcome a huge obstacle that prevented Parliament from approving the deal previously.

So how will this impact Singapore? The outcome of Brexit should not have a huge impact on Singapore’s economy, given that the U.K. occupies a small percentage of our total exports. Meanwhile, Singapore’s Minister for Trade and Industry Chan Chun Sing has indicated that Singapore is prepared to work with the U.K. to apply the EU–Singapore Free Trade Agreement, which could help to establish better trade relations for both countries. As the October 31 Brexit deadline approaches, we are expecting higher volatility on the pound, given that Brexit uncertainty remains the main driver for the currency.

Elsewhere in the commodity currency market, in early September, China and the U.S. have agreed to return to the negotiating table after trade tensions intensified in late August and China retaliated with tariffs on U.S. goods. This brought about the magic resurgence of commodity currencies, including the Australian and New Zealand dollars, upon the revived optimism toward U.S.–China trade talks.

Being Australia’s largest trading partner, China has contributed $19.1 billion worth of Australia’s trading surplus, with 29.2 percent of its exports going to the world’s second largest economy in 2018. As trade tensions weigh down on China’s economy, the recent Q2 GDP of Australia grew by only 1.4 percent, which is the lowest recorded growth rate since the global financial crisis.

In the countdown to trade negotiations in Washington this October, China is expected to buy more American agricultural products to sweeten the deal. Meanwhile, China released its tariffs exemption list on September 11 and claims that it will consider tariff exemptions for additional products imported from the U.S.

While commodity currencies gain their strength, safe havens including the Japanese yen and the Swiss franc, which rallied significantly in late August as a result of investors’ panic, have slumped from recent highs. It is likely that this optimism can hold up until the October meeting, when the two sides are expected to iron out their differences.

Back to Brexit and looking ahead: The rally could continue, driven by its recent optimism along with a report that indicated European Commission president Jean-Claude Juncker thinks a Brexit deal can be reached by October 31. Juncker said in an interview that he was doing everything to prevent a no-deal Brexit, which would be catastrophic.

Given the recent resurgence of the pound, we do caution the limited upside in the currency as money markets are increasing bets for the Bank of England to cut rates given the disappointing economic data, along with a larger volatility nearer to the Brexit deadline as Brexit remains the main driver of the pound sterling’s performance. If a Brexit deal can be achieved before October 19, we could see the pound sterling rally further.

This is in line with our technical analysis where price is testing our upside confirmation level at 1.25500, and we would need a break above this level to see a further upside in price to our first resistance level at 1.28400. Conversely if the Brexit deal falls through, we could be seeing the pound plummet lower where a break below our downside confirmation at 1.22940 could see a further drop in price to our first support level at 1.19590.

Everest Fortune Group began with a vision to provide equal opportunity for traders everywhere through research, training, and technology. Founded by two Singaporean brothers, the company started as a financial research house providing FX analysis to financial institutes worldwide. With the development of their proprietary trading platform, they are bringing together a community of passionate traders and brokers, reimagining the traditional broker-trader relationship and revolutionizing the way we trade today. 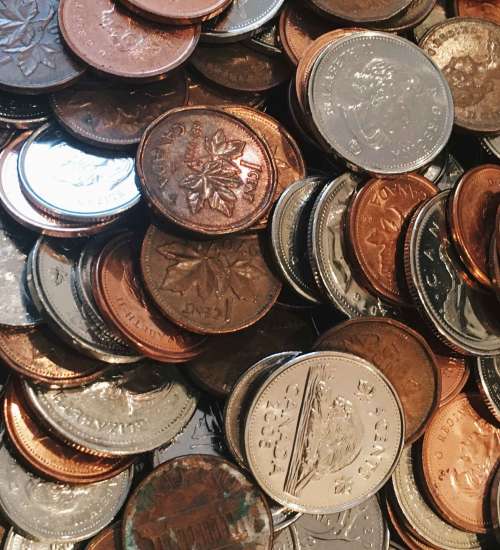 Where The British Pound Is Headed