Experience the Lexus ES for yourself at www.lexus.com.sg/en/models/es.html

Speed was a childhood fascination for Poh Seng Song, 37, a commercial airline pilot and a former Olympic athlete. When he was seven years old, he and his family sent his elder brother off to Japan for a school program, and that memorable trip to the airport ignited his passion for flying. Since then he tried to learn as much as he could about planes, even developing a fondness for the Blackbird, formerly the fastest air-breathing manned aircraft on Earth.

Later on, he would pursue a career in aeronautics. He could have joined the air force were it not for athletics – for which he also developed a keen interest – whose rigorous training demanded a share of his time. As an athlete, Seng Song excelled in sprint races, his best event being the 100-meter dash.

Seng Song’s dedication to aeronautics and athletics did not go to waste: in 2004, he represented Singapore in the Athens Summer Olympics, and in 2009, he began working for Singapore Airlines, where he is currently a senior first officer.

“Over time, speed has taken on a different meaning for me,” he confesses. “I see it now as covering the distance between two points in the shortest time possible efficiently and safely.” As a young father and an airline pilot, Seng Song realizes that every journey ultimately involves people who need to get somewhere, and this can be achieved in a highly reliable vehicle. “Lexus meets my requirements for reliability,” Seng Song says. He likes to spend the limited time he has between assignments in the company of his wife, national hurdler Dipna Lim Prasad, and three-month-old son Tien, driving around visiting family and friends. “I wouldn’t waste time in a (car) workshop; thankfully, my Lexus ES is not a ‘Hangar Queen’, which is what we call problematic planes.”

Seng Song describes the after-sales service he gets from Lexus as top-notch. “My sales adviser answers all my queries, even the occasional text messages I send her at odd hours when I’m overseas. She is my single point of contact at Lexus, who helps me book even my servicing appointments. It’s great to have someone I know and trust than be constantly redirected to someone else.

“I also like the comfort and quietness of the car. As new parents, my wife and I want a car where our child can sleep well and feel comfortable. It should be roomy; it should blocks out most of the road and ambient noises. Did I mention the Mark Levinson speakers that play soothing music for our baby? They are among of the best car speakers that I have heard to date.” 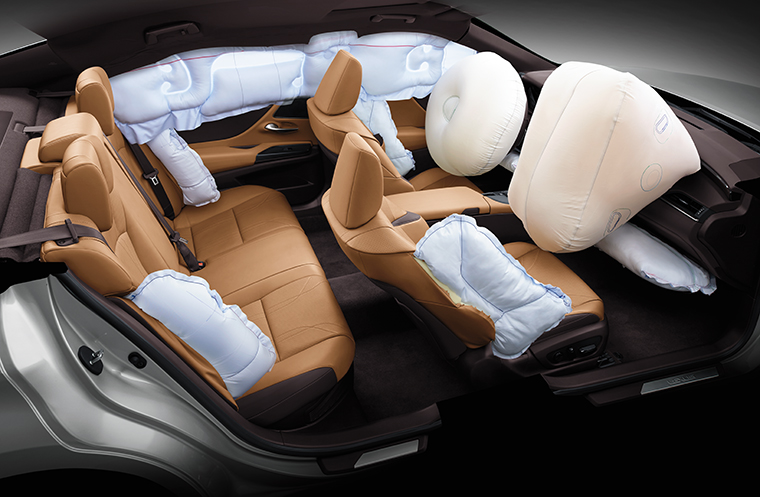 Naturally, Seng Siong insists on safety, which he finds even in unobtrusive details, from the lane departure warning all the way to the 10 sensor-controlled airbags. “The system even tells me that my windows are fully closed when I shut down the engine.

“This specific car has achieved one of the highest safety rankings achieved based on the test by Euro NCAP (New Car Assessment Programme),” Seng Song, who is fastidious about engine performance, says. Indeed, the new Lexus ES is among the safest cars ever tested by Euro NCAP, achieving a 5-star safety rating, one of the highest scores the organization has recorded for any car under its more stringent 2018 assessment criteria.

“Do you remember the story of the hare and the tortoise? That is how I view speed and efficiency. You can cover 90 per cent of your destination in one quick spurt, but you do not win the race until you cross the finish line. And you can only cross the finish line if you travel efficiently and safely. And with our Little One on board, I must add, comfortably.”

Between assignments, Mr. Poh Seng Song likes to spend time with his wife and young son, visiting friends and relatives. This is when he fully appreciates driving the Lexus ES. “Driving with my family in the backseat is a great joy for me, and we enjoy it better with the important features in our car.”

The Lexus ES is renowned for quietness and spacious interiors, which boost the feeling of comfort during the ride.

The driver’s and front passenger’s seats are fitted with lumbar support. Integrated lumbar support for the lower back helps reduce fatigue on long drives. Switches control both horizontal and vertical adjustments, enabling the driver and front passenger to tailor the optimal position to suit their physiques. The front setbacks also feature a design with separate upper and lower sections to provide a continuous flow through to the console and armrest.

The layout is designed with all controls within easy reach, minimizing the need for changes in posture or line of sight, thus boosting the driver’s concentration while driving. The EMV displays information such as maps in full screen mode without limiting the driver’s ability to access the information, even when displaying the menu and map at the same time.

The interface is designed for smartphone-style operation. The cursor can be adjusted to stop following flick operation to suit the user’s preference. Pinch-in and -out operation enables continuous in and out zooming.

The instrument panel, with its real stitching detail, has an elegant and functional design. LED ambient illumination provides indirect light to the lower instrument panel and the front and rear door trim, creating a comfortable enveloping feeling when driving in darkness. The brightness is adjustable to the driver’s preference.

The Lexus ES features a hands-free power trunk lid allowing for easy loading and retrieval of luggage and other heavy objects into the car.

An optional Mark Levinson Speakers system is a final touch for a delightful driving experience.

The Hybrid Solution by Lexus

The Hybrid Solution by…

Design is more than just making something look good — it must be brave, bold, and allow for progress. Luxury in the Details

Luxury in the Details 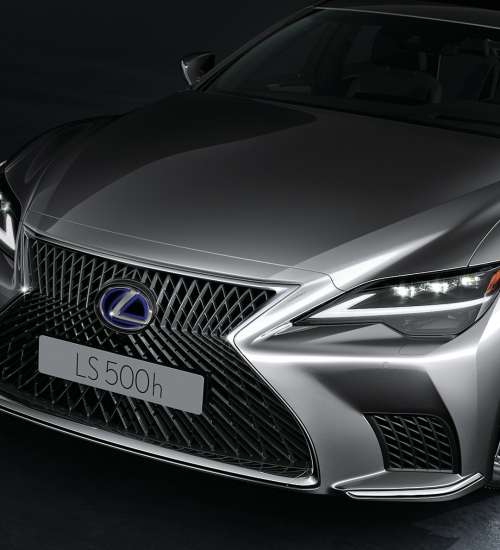 The Difference is in the Experience

The Difference is in the…