For Head of Asia Research at Arisaig Partners Mr. Gordon Yeo, the bucolic Dempsey Hill neighborhood is an ideal spot to spend quality time with his young family

Experience the Lexus ES for yourself at www.portfoliomagsg.com/lexus

“We like it because it’s quite nice, secluded and away from the city,” says Mr. Gordon Yeo about the Dempsey Hill area. “The city does get to you sometimes, so we like to go there for a little bit of an escape, once maybe two or three months.”

As Head of Asia Research at Arisaig Partners, a boutique investment firm, Mr. Yeo spends weekdays in the CBD area running the company’s Asia strategy, researching consumer companies in emerging markets, and investing on clients’ behalf, so getting away from the buzz of the downtown core is precious. And weekends are busy for the father of one: His 21-month-old daughter, Natalie, is enrolled in lots of activities “because she has too much energy, so it’s to tire her out before the weekend ends,” he explains with a laugh.

The arrival of Natalie was “life-changing, to say the very least,” Mr. Yeo describes. “You think, ‘How’s life going to be?’ Whatever you can think of, however messy you think life will be, it’s going to be messier and totally different,” he says. “I think a daughter, and any child in that regard, takes up so much mind space, but in a very good way.

“You become very tired in the morning, but you don’t feel it, because you’re watching her develop, and watching her learn how to smile, how to crawl, how to speak — it’s the most amazing thing in the world, really.” 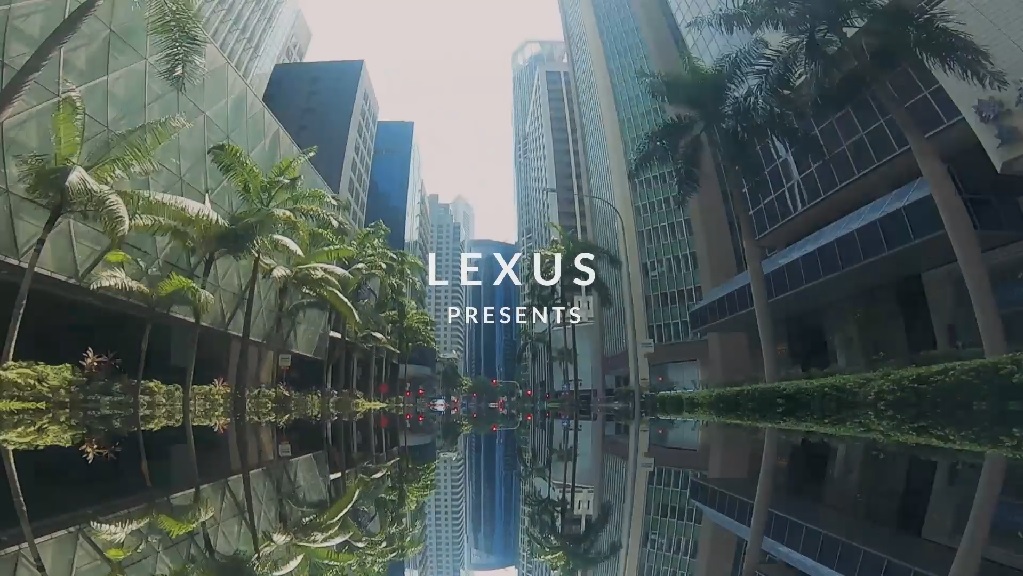 Over the same period, Mr. Yeo’s considerations when it came to purchasing a car shifted towards space, safety and stability. Though he was partial to continental cars, having driven one for many years, he test drove a Lexus upon his brother-in-law’s recommendation of the marque. “The first thing that really really hits you is the quality of service — immensely different. There seems to be a Japanese Zen to it,” he recounts. During the test drive of the Lexus ES, the experience — especially the quietness of the drive — left a deep impression on him.

“The space as well, and the backseat, especially,” he adds. “The backseat of the Lexus is awesome because you still have lots of room.”

In terms of design, Mr. Yeo describes his first Lexus, the previous-generation ES 250, as “still a little bit middle-aged,” but his second and current ride, the all-new Lexus ES 250, is a different story. “This ES came out, and I was like, ‘Oh my goodness, this looks great,’” he recalls. “The shape of the car was no longer boxy... but actually modern- looking and sleek, and whatever is inside — the screen is amazing, the GPS always saves my life — those were wonderful. So I think the second ES really outdid itself.” 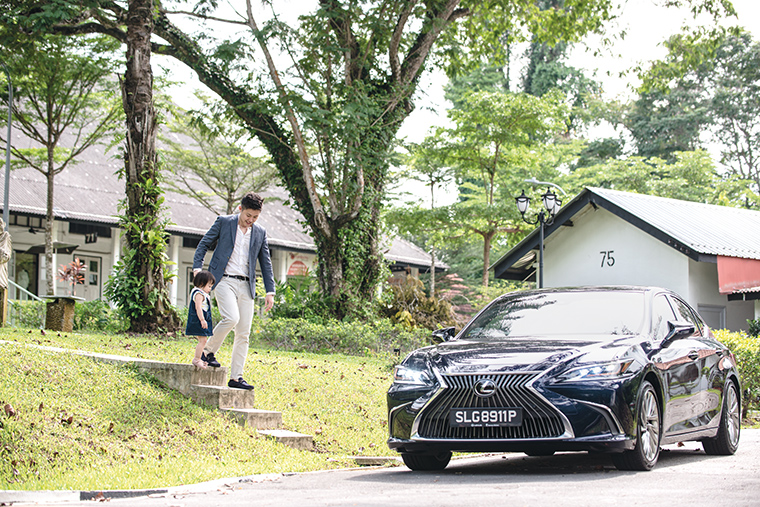 For his family, the stability and quietness of the Lexus ES 250 have proven useful, especially on longer journeys such as drives up to Malaysia.

“When the baby falls asleep, you definitely don’t want to wake her up, because it’s a rare occasion that she falls asleep,” Mr. Yeo says.

And the “deceptively large” trunk comes in handy during family outings.

“I didn’t quite appreciate just how much stuff you need to carry when you’re traveling with a baby,” Mr. Yeo says. “Even for a day trip to the mall, the bags, the diapers, the food, the pram — my goodness, that pram is huge and heavy, and imagine if your boot wasn’t as big, you’d probably put in the pram and nothing else. But this guy gives you a fair bit of space for the pram and the shopping on a weekend.

“I don’t really enjoy driving, but once I started to drive the Lexus, it was nice,” Mr. Yeo says. “The comfort this car gives you, and the great sound system...Lexus made driving bearable and fun again.” “I like the hot weather more, so the air-conditioning in my zone is usually slightly milder, while my wife and daughter love a chilled car, so the Tri-Zone Climate Control feature is very useful,” Mr. Yeo says.

“The sound system is pretty good; we use it to play ‘Baby Shark,’” Mr. Yeo reveals. When asked whether the tune sounds better on a Mark Levinson audio system, he says: “I think so! I swear it does. It’s clearer, and it puts (my daughter) in a calmer mood.”

Charge Qi-compatible smartphones and electronic devices on the charging tray in the centre console box.

A vibrant 12.3-inch multi-information screen offers an ultra-wide and convenient access to features such as the audio or climate controls and various systems including Navigation.

A sensor underneath the rear bumper allows you to effortlessly open and close the rear hatch with a simple kicking motion.

The reclining power rear seats provide up to 8 degrees of recline to create an even more relaxing space. 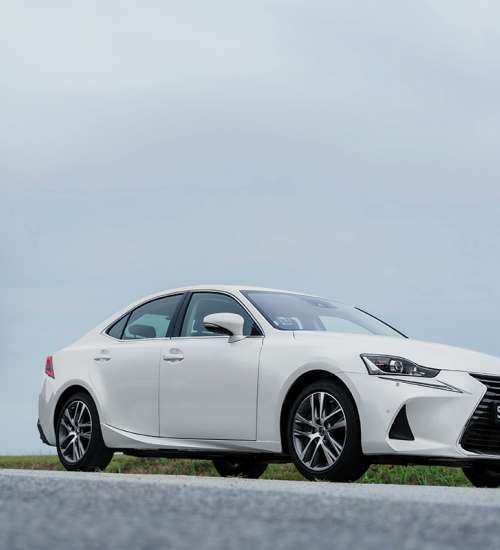 Packed with sporty features, the Lexus IS range far exceeds the expectations of this man on the move Ms. Annie Sun drives different cars for different reasons but finds that the Aston Martin DB11 meets a lot of her requirements perfectly 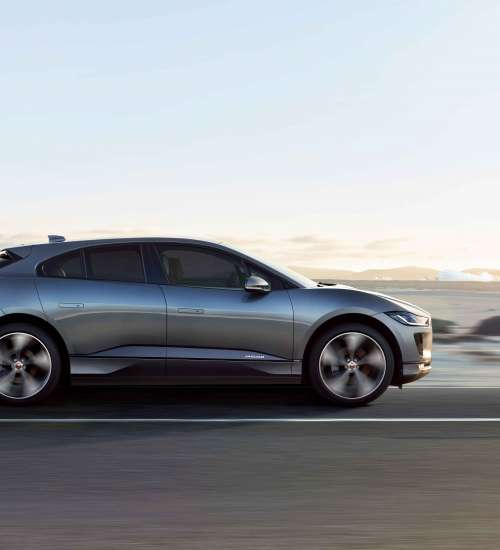 Multiple iterations on, the Porsche 911 shows, with its new Carrera 4S, that it's still got it.