The Holmefjord-Sarabi brothers are taking the music education business to the next level.

In a deal announced this January, Aureus Group, the parent company of Aureus Academy, acquires Ossia Music School for a seven-figure sum. This represents a significant move for the homegrown network of music schools, co-founded in 2013 by brothers Lawrence and Julius Holmefjord-Sarabi, and brings their total number of locations to 18 and total enrolment to 8,000.

In addition to the Ossia acquisition, there are plans to integrate a dance program at Aureus schools — even though dance hadn’t been part of the schools’ offerings from the beginning. “It was always in the back of our minds,” says Lawrence. “We've also looked at purchasing another ballet company, and after doing the math, it just made more sense to do it ourselves.”

Another development on the cards is the establishment of Aureus Conservatory, to create what Lawrence refers to as “teachers of the future” with a professional training program and a diploma program, and ultimately a degree program. And the group is looking to go international within the year, with Hong Kong and the Emirates as the markets it’s keen to make inroads into.

“The thing (Julius and I) agree on is that we have to have development,” Lawrence says about expanding the group. “I look at the path ahead, and I'm even more restless, because I feel there's so much more to do. It's like crossing that first hill and seeing Everest ahead.

“If we don't act quickly and grow the business into the best business possible in the shortest amount of time, then we’ve failed.”

Why did you decide on acquiring an existing music school network instead of growing Aureus?
Lawrence: Aureus is like Singapore Airlines, and Ossia is like Scoot — both are good airlines but they serve different parts of the market; there's a significantly large demand at a lower price point. And a lot of Ossia schools are in community centres and HDB blocks, they're for the people living there, and some branches in densely populated areas have more students than some of the Aureus branches, so we thought this would be a good opportunity to explore.
Julius: Another reason for acquiring it is because we wanted to test our chops as entrepreneurs; one of the next stages of growth involves acquisitions.

How would Aureus' style of lessons apply to the ballet program?
Lawrence: We don’t believe in one single curriculum. We don't sell the Aureus method; we sell the quality of hiring, the quality of our customer service and the training of our teachers. You can have a phenomenal knowledge of a certain method but without the ability to deliver it well, it doesn't matter.
Julius: Our staff are being retrained on a regular basis. Going back to teaching and analytics, we can see every bit of information on how they're performing, determine where they're struggling and then put them in the right course, whether it's retention of customers or keeping students incentivized and interested in lessons. The only difference between ballet and music we foresee is that we believe music is fundamentally an individual activity in terms of learning an instrument, while ballet is a group-setting activity and designed around it, so this is the first time we're entering into a large group program. What has developing a dance program taught you?
Lawrence: One of the teachers told me this, which is something we don’t have to deal with in music lessons: As children develop, they become self-conscious about how they look. So he talked about how soft skills in dance classes are even more important that in music. I thought it made a lot of sense — it didn't just have to do with the program delivery, but with the psychology of being in class — and when we develop our program, a lot of the teacher training will go into how do we deal with that.
Lawrence: I tell people, it's not like the KFC 11 herbs and spices. We don't have a secret sauce; there's an element of execution and strategy.
Julius: And most people don't see that. This is our first launch into a new kind of product, and the reason we're so excited is that I think we approach it differently from most people, by investing heavily and preparing for it. One thing we learned from our dad (who is the executive chef in Baci Cafe & Wine Bar in Sonoma County, California) is that 90 percent of the work of cooking is the prep work, so people underestimate that element. Once we go live, we're already done with our part, and at that point it just becomes whether our assumptions were right, and whether the vision of what we wanted to deliver is what the market wants.

Was establishing a conservatory for adults part of your first idea when you launched Aureus?
Lawrence: Definitely not. I'd say I spend about half my week thinking ahead about the problems we can face, and I thought if we're ever in a situation where we've constrained our product by having not enough quality teachers, then we'll have failed. And I thought, if we have this problem, what should we do? You can aggressively recruit, which we do already, but we can also create our own teachers from the ground up, and that is what would make us genuinely different.
Julius: For a lot of businesses, if your day-to-day work is focusing on putting out fires and looking in the past, that doesn't give you the opportunity to look towards the future. What do you look for in hiring teachers?
Julius: There is an element of natural ability that we look for, and this usually comes up in the teaching demo part of the recruitment. You can tell when someone has a natural ability or enjoys teaching.
Lawrence: Everyone should learn music — it doesn't matter if you have a disability or lack the physical capacity for it — everyone has the right to learn music, and one of our deal breakers for potential teachers is when they say they have told students they're not suited to learn music. To me, that's a crime against humanity.

After expanding Aureus over the past five years, what are your thoughts on how far you've and where you're headed?
Lawrence: I don’t know if we'll just never be happy. Though the business has come a long way, I feel there's infinitely more opportunity now than there was five years ago, so we feel this is just the tip of the iceberg.
Julius: When you start young, you don't think about all the what-ifs and how the world works. … Now sometimes I find ourselves overthinking things and worrying, and I think we should trust our gut instinct — we weren't worried about those then, so why should we now?
Lawrence: My plan is that we'll be global leader in education. Of course my main passion is music, and we plan to focus on music and fine arts for a very long time. If we were to reach a certain size and scale, we can go into things like international schools and kindergartens. That is the long-term plan. 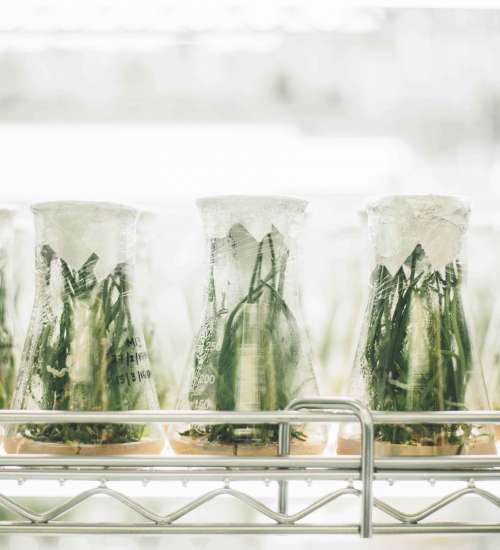